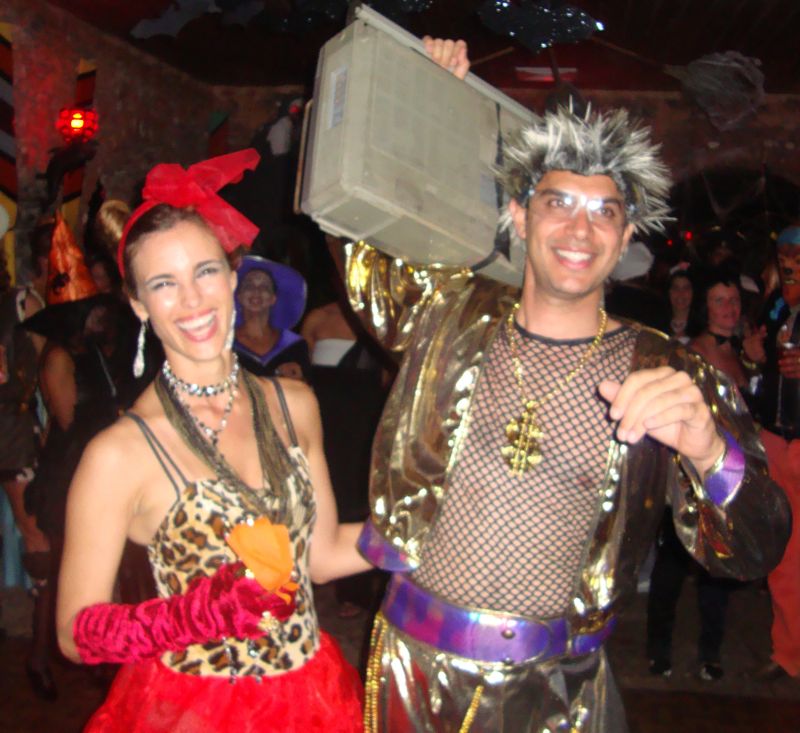 The winners were as follows:

Best Couple: Maria and Sigfrido Elmufdi, as a couple from the 80’s
Prize: A month’s worth of Salsa classes at the Pointe dance studio in La Romana

Sillest: Philip Silvestri, as ‘caught in the rain’ or otherwise referred to as ‘the Jumbo man’
Prize: Free membership to Aeropaq La Romana and 10lbs delivery certificate

Most Spooktacular: Leo Proaño, as the Devil
Prize: 50 minute massage and water treatment at the Cygalle Healing Spa in Casa de Campo

Most original: Tanyo and Eugenia as ‘OFF!’ and mosquito
Prize: Bottle of Ron Atlantico, premium Dominican blended aged rum

Cutest: Patricia Proaño as ‘white rabbit in a hat’