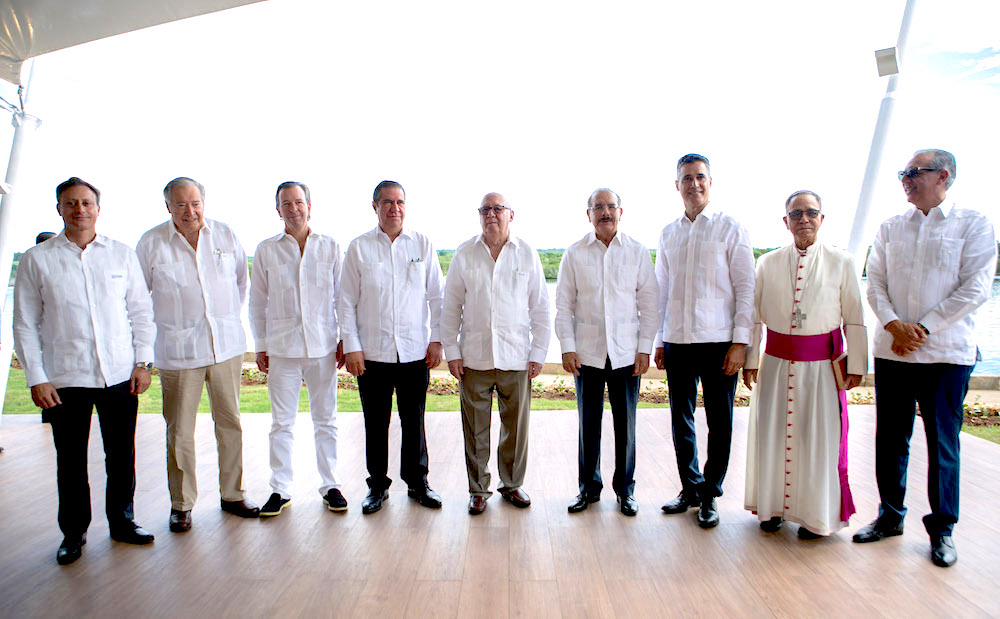 On Thursday, November 21st, President Danilo Medina inaugurated the new and modern Marina Riverside Center, an event and convention center located in La Marina de Casa de Campo, with spectacular views of the Chavón River and the Caribbean Sea. The building with capacity for 1,360 people has all the facilities and technical specifications to host any type of celebration, in addition to having the support of world-class services offered by Casa de Campo.

Andrés Pichardo Rosenberg, President of Casa de Campo Resort & Villas, highlighted in his speech that the inauguration of Marina Riverside Center is the latest of the numerous projects carried out in the last two years, which in total have reached investments of about 25 million dollars. “Among the achievements, we can list is the new Advanced Technology Center for golf practice, a beach club, room remodeling, opening of new restaurants, and the construction of two family pools in Playa Minitas. Casa de Campo is distinguished as a pioneer in real estate tourism development in the country, and we continue to rely on our investments in the continued development of tourism in the region, ”said Pichardo Rosenberg.

The design of Marina Riverside Center, the latest creation of the late architect Harry Carbonell and whose daughter was present at the inauguration, is inspired by sailboats on the water, so the use of textile architecture was used for the ceiling of the main hall and in the velarias of the outdoor terrace. Its large party room, fully air-conditioned, has neutral characteristics that allow the organizer greater flexibility when decorating or arranging the entire space. It manages to integrate to the outside, through the wide glass doors, with the covered terrace and the patio garden for special events.

The convention center has its own sound system for talks and conferences, complete dressing rooms with all amenities, industrial kitchen with cooking area and cold room, apart from bathrooms and dressing rooms for service personnel.

During the activity, Mr. Francisco Javier García, Minister of Tourism praised the new convention center “since it is a new space that seeks to attract local and international guests to come here to celebrate memorable events” he emphasized.

At the end of the inaugural program, conducted by the master of ceremonies Lissette Selman, a tour of the facilities of the Marina Riverside Center led by President Danilo Medina and the main executives of Central Romana and Casa de Campo was conducted.

The following collection of photos were taken during the inaugration of the Marina Riverside Center on Thursday, November 21st: