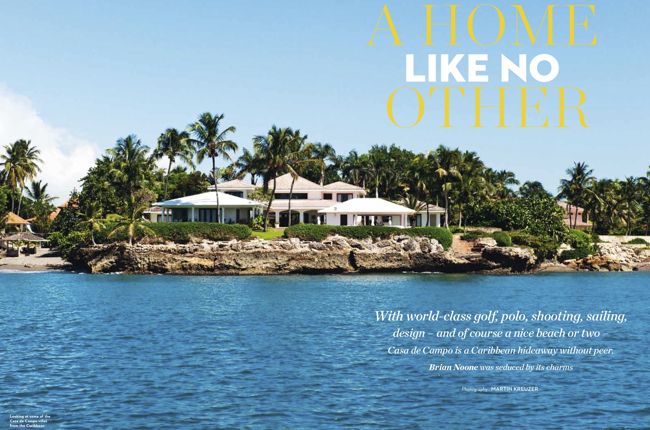 Departures Magazine, the exclusive magazine for American Express Paltinum and Centurian card holders honored our beautiful Casa de Campo resort in their just published November 2011 edition, with a stunning 6 page spread, naming Casa de Campo as “A home like no other.”

The Casa de Campo featured article addresses the big question; what exactly is Casa de Campo? Is it a hotel? A village? A resort? A city? Departures Magazine answer to this question is “Casa de Campo is an extravagantly large country home, which welcomes a select few guests,” whilst I don’t entirely agree with this conclusion, Casa de Campo is in essence a wonderful country home for those who live or own villas here and with such exclusive access and a limited number of hotel rooms, guests are certainly treated like royalty.

Casa de Campo has graced the pages of a large number of beautiful magazines recently, click on the links below to view more: