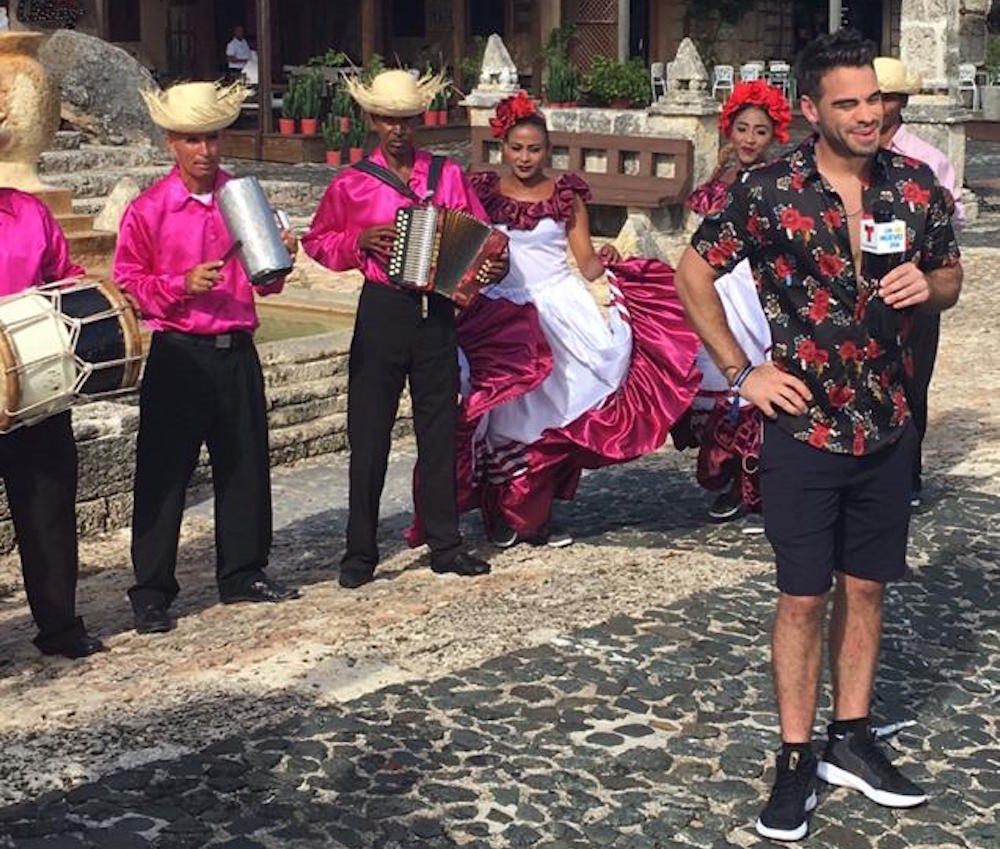 The footage filmed both in Altos de Chavón and La Marina aired last week on Thursday 8th and Friday 9th on “El nuevo día” – shown on channel 26o in our local cable network.

During their visit to Casa de Campo, the team led by producer Johan González and journalist Frederik Oldenburg, were received by Sarah Pelegrin, Public relations manager and Charles Keusters Operations director of Casa de Campo Resort & Villas, who was interviewed during their first day of filming in Altos de Chavón where he talked about our wonderful resort and its many different amenities. There was even mention of a possible future wedding going on of one of the program’s hosts!

The second day of filming took place in La Marina where Frederik alongside Dominican Celebrity & Fashion Stylist Reading Pantaleon where they talked about spots fashion for the whole family.

The daily morning variety show, which is broadcast live, provides front-page news, local and international, weather forecast, interviews with actors, singers, writers, politicians and famous people in general, and also issues that interest the general public with experts in the field to be treated, such as interpersonal relationships, couples, family, health, fashion, lifestyles, consumer products, immigration laws, the world of entertainment and their gossip, among others. A fun, multifaceted and entertaining program, aimed at the whole family and at the same time helping the audience, through the presentation of very valuable information.