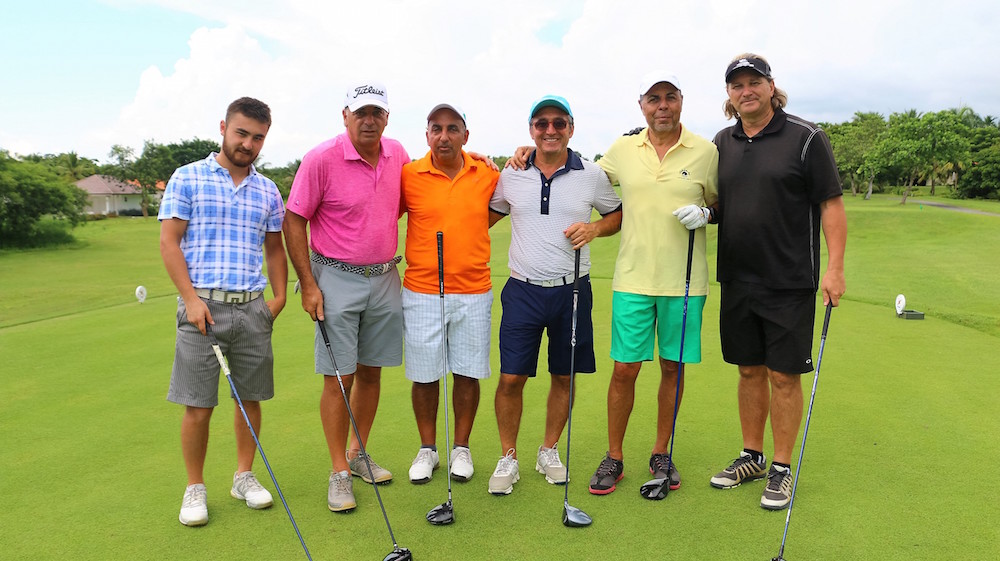 Always one of the most popular and well-attended activities of the Dueños celebration is the golf tournament which was a great success this year! Plus, it featured another golf event that attracted many golf lovers and even beginners – Night Golf! Dueños 2016 was definitely a fun filled weekend with something for everyone.

On Friday October 28th, after the welcome cocktail where all the Dueños received their goodie bags and umbrellas, most of them headed to the Teeth of the Dog driving range. The popularity of Night Golf has increased considerably with more residents and visitors of Casa de Campo spending their Friday evenings practicing their swing with multicolored LED golf balls. There are plenty more reasons to try this fun sport too – music, drinks, BBQ and an animation team that includes an LED lit man walking around! The unique experience  is for the whole family, and even allows players to practice their short game with putting. Everyone had a blast and it was a great end to the first day of Dueños weekend festivities.

The next day, Saturday October 29th, we rose early to enjoy the excitement of the Dueños golf tournament and prepare for the long day’s sport under the sun. The tournament played on two of Casa de Campo’s world renowned courses: the Teeth of the Dog, the Dominican Republic’s #1 golf course, and on the impressive Links course.  In the men’s division, Gustavo Betances Pichardo earned the gross champion title, while Enrique Ricart and Gustavo Betances took home the second and third place gross champion awards, respectively. For the ladies, Maricarmen Morales happily earned gross champion, and Margarita Zapata came in second.

Congratulations to all the winners and everyone who took part in making these events the most popular activities among the Dueños Weekend!

The following pictures were taken by Dariana Soriano at Night Golf and the Dueños 2016 Golf Tournament:

We hope you were in Casa de Campo this past weekend, otherwise you missed out on some fabulous activities! Here we’re recapping all that took place as part of Dueños Weekend 2016 from October 28th-30th, a celebration hosted every year by Costasur and Casa de Campo Resort to thank the villa owners for their continued support throughout the year. Read more.