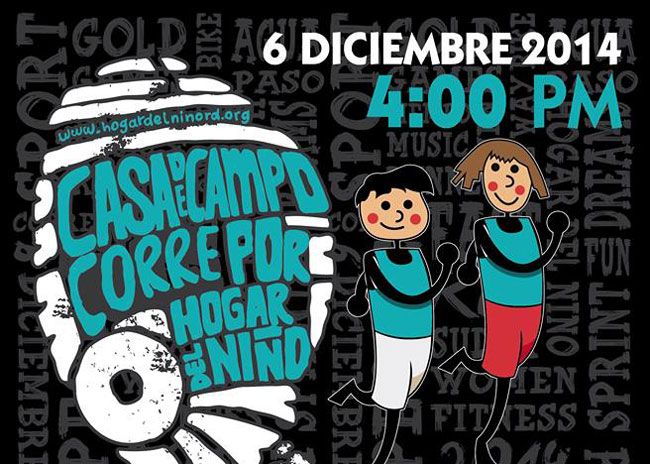 The Casa de Campo Corre has 3 routes; 5km, 10km and 21km. They all start and end at the Paseo del Mar in the Marina Casa de Campo and from there each one has it’s own individual route, each taking in a different beautiful area of our magnificent Casa de Campo resort!

As you can see from the map, the 5km route leads around the Marina Casa de Campo and then around the La Romana Country Club golf course in the El Valle neighborhood.
The 10km route goes from La Marina up Las Palmas along the road past the La Romana Country Club, down towards Minitas Beach and back to the Marina through Bahia Minitas and Bahia Chavón.

Finally the 21km route is the most beautiful, winding around the golf villa neighborhoods and the Links golf course, as well as taking in the magnificent coastal holes of the Teeth of the Dog.

Of course all funds raised are destined to the Hogar del Niño charity, the Dominican Republic’s most complete education and daycare centre that looks after more than 1500 children on a daily basis.

Save the date… and start training! You can train at the Casa de Campo gym, who are offering 30% off to all Casa de Campo Corre participants, click here for info.