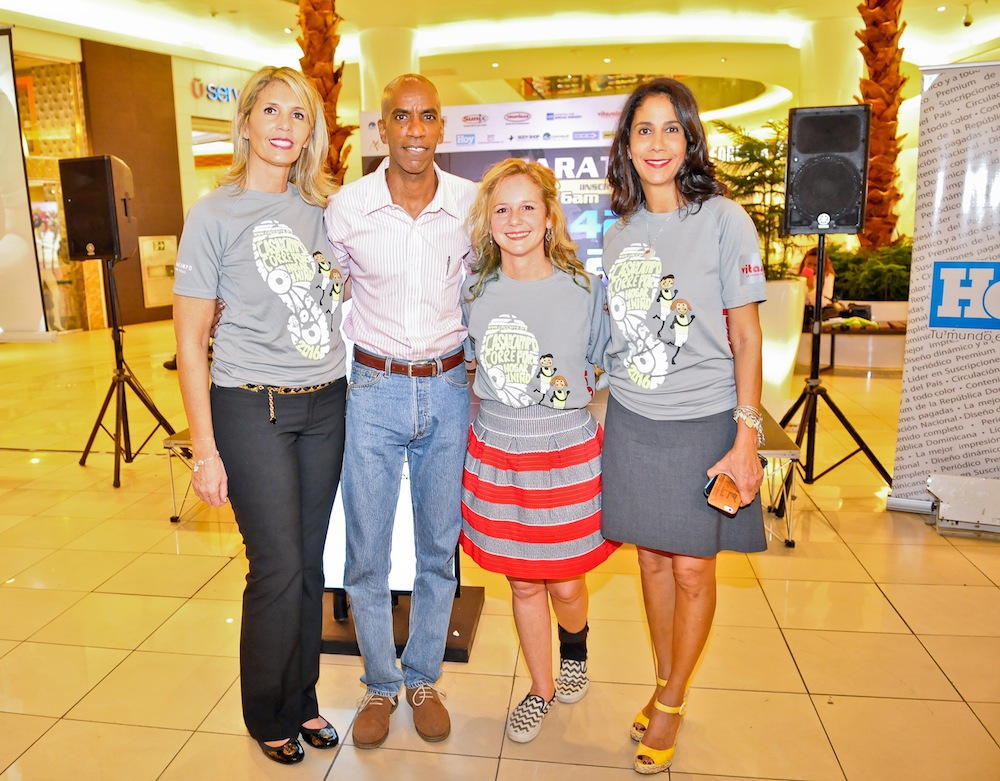 Casa de Campo Resort & Villas announced the third edition of the Marathon Casa de Campo Corre for Hogar del Niño, an event that in addition to the race (42K) includes a half marathon (21K), 10K and 5K distance running whose routes are certified by the Association of International Marathons and Distance Races (AIMS). The event, which will be held on Sunday, November 27th with departures starting at 6:00 am, is a sample of the innovations Casa de Campo is offering as a destination for the whole community and part of its new workout, health and sports projects. 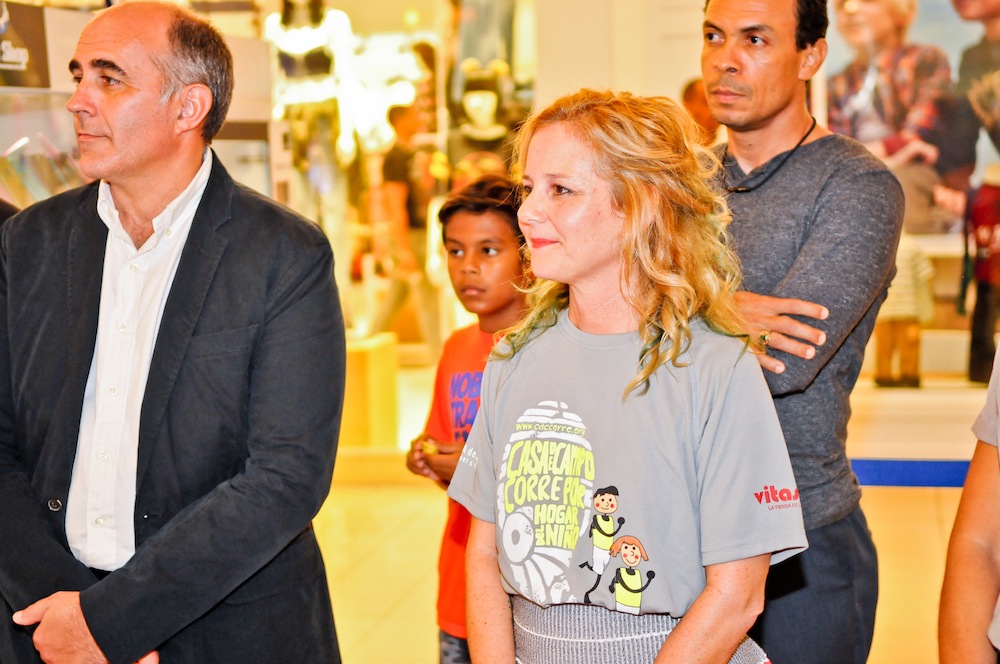 The details of the marathon were offered during a press conference on Wednesday, October 19th at the Atrio Central in Agora Mall attended by Xiomara Menendez Dájer, President of the Patronato Benéfico Oriental, Marlenny Peña, Director of Santo Domingo Corre and technical marathon coordinator, Juan Velazquez, Executive Vice President of Costasur, and Fabricio Schettini, Vice President of Casa de Campo, along with special guests and related personalities. Xiomarita Menendez Dájer explained that the funds raised will go to the physical education programs that are developed by Casa de Campo as an institution for the education and food of thousands of children in need of La Romana.

“It’s a real honor for us to carry out this activity for the third consecutive year which is proof that the results we have obtained in previous years have been positive and encouraging. We are pleased to have the support of all those who are always ready to help, in addition to a grain of sand, their steps, supporting this proposal that benefits those in need.”

This event has already become very popular in the country, and manages to reach runners abroad as well, coming from Puerto Rico, United States, Colombia and Venezuela among others, who have had the opportunity to run a marathon in the most luxurious and exclusive tourist resort in the Caribbean. Upon registration each runner will receive a kit with a backpack of the event, an official dri-fit shirt of the Marathon, a cap, BIB and CHIP. To collect the kit and for more information you can visit the official website at www.cdccorre.org. 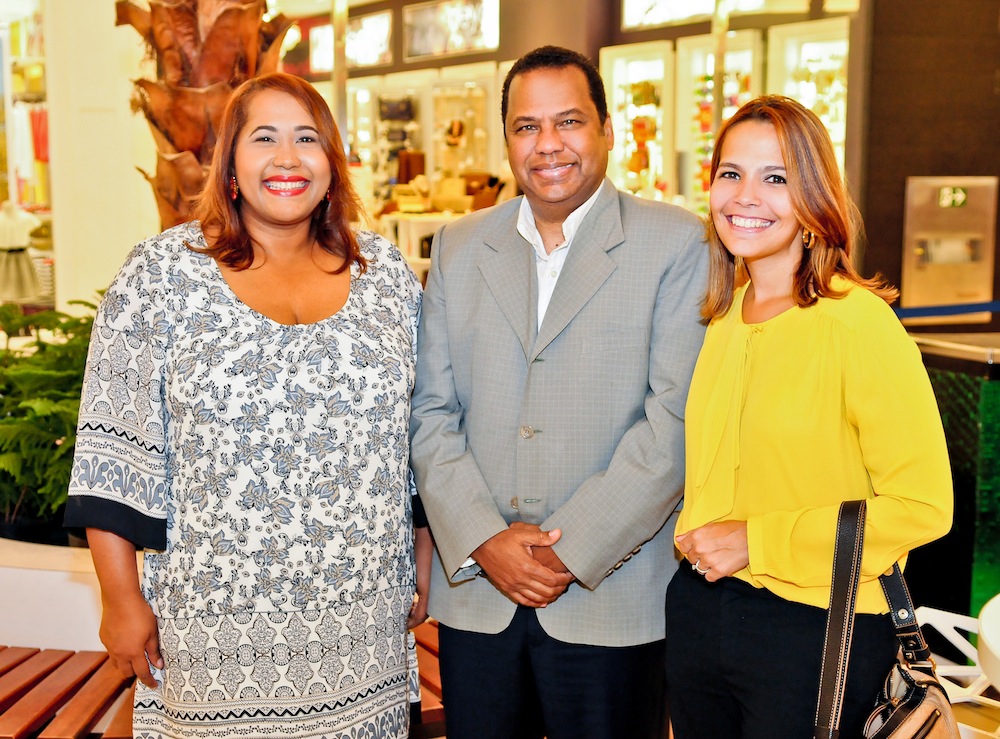 The 21K and 42K races will depart at 6:00 am, while the 10K and 5K will leave at 8:00 am, before the various starts there will be warm up sessions for the runners. All competitors will receive medals for finishing the race as well as prizes, certificates and cash prizes. Registration is now open; so buy your tickets at Casa de Campo, Patronato Benéfico Oriental in La Romana, and at all the Uepatickets CCN / Services offices and Jumbo; it is also possible to buy them online at www.uepatickets.com and through the website www.pbo.org.do

The following pictures were taken during the press conference announcing this years Casa de Campo Corre for the Hogar del Niño 2016 at the Atrio Central in Agora Mall: 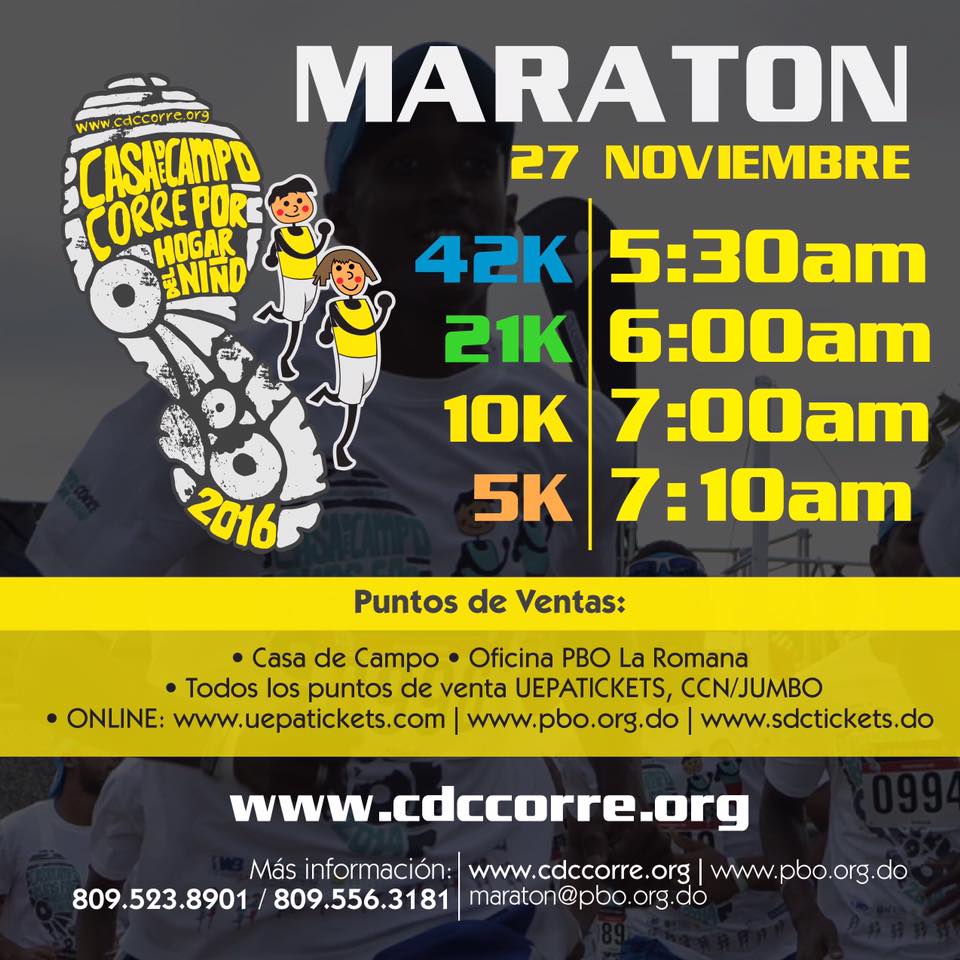