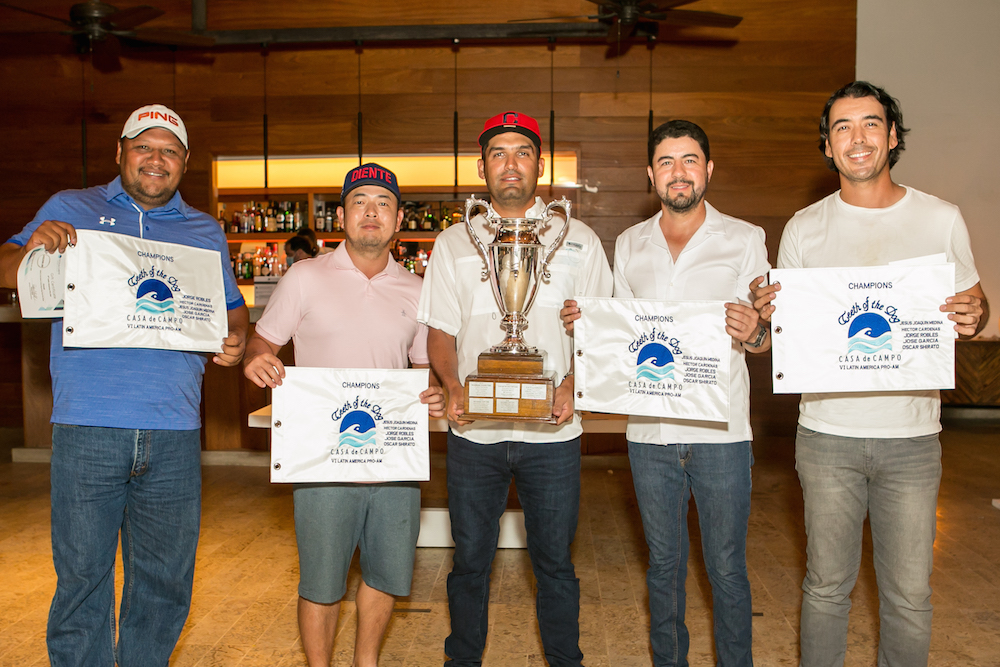 Last week Casa de Campo Resort & Villas hosted the VI Latin America Pro-Am that took place on the prestigious Teeth of the Dog golf course. The traditional championship was attended by amateurs and professionals, who following all safety and health protocols enjoyed a magical and unforgettable week in one of the most exclusive resorts in the Caribbean.

After a welcome cocktail on Tuesday, golfers rose early on Wednesday to tee off on Casa de Campo’s most famous golf course, the Teeth of the Dog. Composed of one golf professional and four amateurs, teams embarked on the rigorous course with high spirits. The tournament played throughout the week, in the format of 1 Best Ball today, followed by 1 Best Ball Net and 1 Best Ball Gross – Thursday, and 2 Best Ball Net on Friday competing for the overall prizes, as well as 1st and 2nd place in each flight, while professionals faced each other in the professional flight category using Stableford Scoring.

Guests accompanying golfers were encouraged to enjoy Casa de Campo’s numerous attractions such as visits to Altos de Chavón, watersports at Minitas, and playing a game of tennis at La Terraza or clay shooting at the Shooting Center!

This year’s winning team of the “Champions Cup” was composed of amateurs Héctor Cárdenas, Jorge Robles, Jose García and Oscar Shirato and the professional Jesús Joaquin Medina; the later also prevailed among the professionals by winning against Manuel Relancio, Head Pro of Casa de Campo, in the playoff.

To end the popular event, Casa de Campo organized a delightful evening at La Casita Restaurant in the Marina where guests enjoyed delicious cocktails and dinner and the winners received their prizes.  The golf department extends a special thank you to everyone who played and made this year unforgettable as well as the many sponsors that made this event possible.

The following pictures were taken by Mairobi Herrera during the awards ceremony at La Casita: