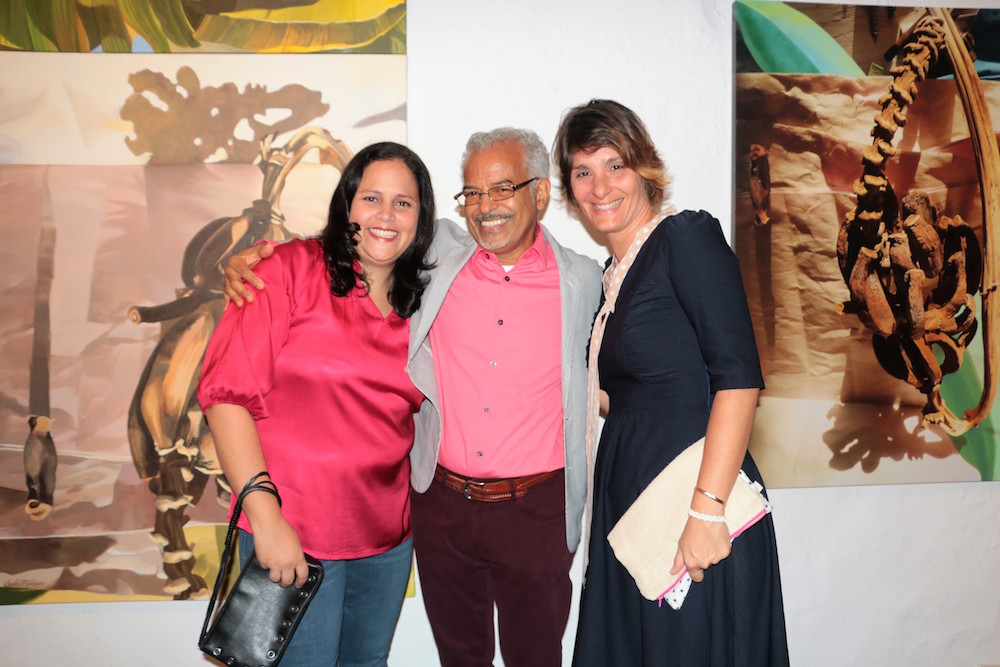 Carlos Montesino, celebrated artist and longtime professor of Fine Arts at the Chavón School of Design and the Autonomous University of Santo Domingo, exhibited “Extrasensorial” last Thursday evening at The Gallery in Altos de Chavón. His collection of works, produced between 2014-2016, showcased paintings, photographs, ceramics, and engravings of the natural world, and included a particular interest on bees.

Photographs were placed adjacent to paintings, illustrating the artist’s inspiration in its most natural form. Detailed images of bees and honeycombs led me to prompt Montesino how they played into his artwork. “My work is about nature and bees have been a part of my sketches in my diary for a long time. [Nowadays,] everything is done with computer-aided design and artists make commercial work. I’m not about making artwork; I’m making a statement all the time about what moves me in my life. Bees are something that touched me about my country house. After finishing its construction, I realized I just need bees to have honey,” Montesino explained.

Visual dialogues come across when Montesino manipulates the real image. Most of his works were a combination of paintings and photographs. The result of which were his reactions and feelings revealed. Stephen Kaplan noted his favorite piece was “Enraizado Gozo,” for its many visible planes. He said he enjoyed looking “behind the screen” in this particular piece, and that it had “great depth and tremendous detail.”

The Caribbean’s strong shapes and colors could be seen in “Cargada Vista Tropical”, where an exceptional portrayal of light and shadows existed. A ying – yang of the two are an inseparable part of nature for Montesino. In a catalog of the collection, Ada Balcácer notes:

“Carlos Montesino opens the door to the quench for balance between light and shadow, between spaces of the perceptive memory and the intellect, balancing his creativeness through strong, wise and natural drawings that showcase broad and rhythmic gestures of the calligraphic leaves and grab onto light, seeking a shadow that always escapes.”

Visit the Gallery in Altos de Chavón to see the full exhibition in person. The following photos were taken by Dariana Soriano on Thursday, December 15th:

This Christmas Altos de Chavón is the place to celebrate! The official inauguration of the merry season began with the Christmas Lighting Ceremony on Friday, December 9th, and we thought it would be helpful to bring you the FULL schedule of holiday events coming your way. We hope to see you all around, spreading the holly, jolly cheer. Read more here!