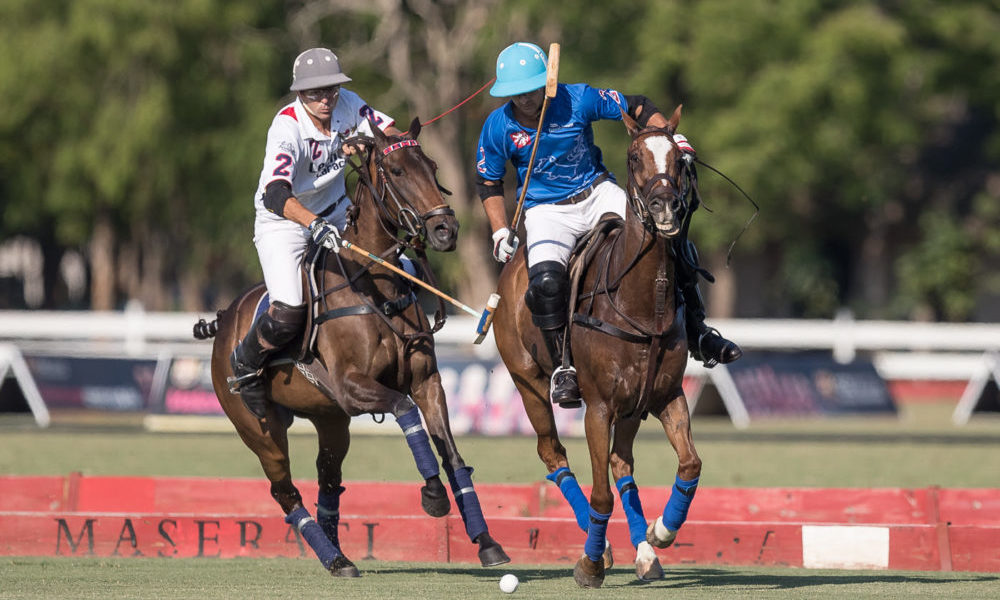 The fourth and final tournament of the Polo Challenge RD 2017 began on Saturday at Casa de Campo. Four teams of up to 26 goals are participating in this cup. Lechuza Caracas and Cinque Terre were the teams in charge of kicking off the tournament.

Both teams have had some changes on their line-ups, due to the fact that the last tournaments were up to 22 goals. Lolo James replaced Alfredo Vargas in Lechuza; while Cinque Terre now counts with Cubi Toccalino and Nacho Novillo Astrada that have replaced Juan Ambroggio and Toto Collardin.

The match kicked off even and open. But suddenly, Gonzalo Mendoza had to enter to step up for Alessandro Bazzoni who was injured. Thanks to the goals by Pelon Stirling and Santi Toccalino, the first chukka ended on a tie, 1-1. The second chukka couldn’t have been more different: Lechuza managed to impose their game and scored three goals. The chukka ended on 5-3 in favor of the Venezuelans. The second half of the game was rowdier and more even, the defenses and attacks from both teams were on point. The backs Nacho Novillo Astrada and Juanma Nero scored, and defined the game. Lechuza won this first match by 8-5.

The Caribbean Open continues on Wednesday with the following match: Agualinda HPA vs. Casa de Campo.

Casa de Campo, Los Establos / Cap Cana, and Lechuza are the 3 chosen venues, with first level courts prepared to receive players of the size of the 10 handicap goals. The Polo Challenge is an event for the whole family that inaugurates its first season in January 2016.