Have you been wondering where everyone is partying this holiday season in Casa de Campo? Well, if you’re looking for great food and a chilled-out party vibe… you might just want to check out Café Marietta in Altos de Chavón – where you’ll find much more than just great pizza.

Café Marietta is owned by Marc Tiernay, and his partner Arturo Vasquez, and before they opened, they told Casa de Campo Living “we will be offering the best pizza’s Casa de Campo has ever had.”

So what’s the verdict? Well while it would be difficult to conclude that the pizza at Café Marietta is indeed the best the Casa de Campo resort has ever seen, we can at least agree that the pizza is very good, “just as good, if not better than Onno’s Bar” a friend of ours recently commented. High praise when you consider that the pizza at Onno’s Bar just won “Best Pizza” in the TODO The Best of 2014, and was also the winner in 2013 and 2012. 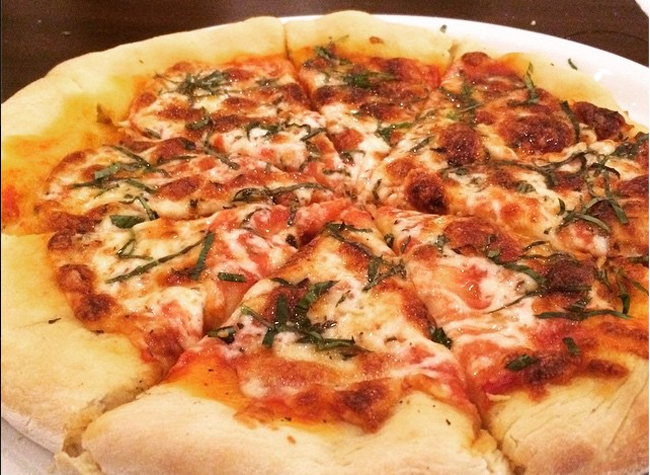 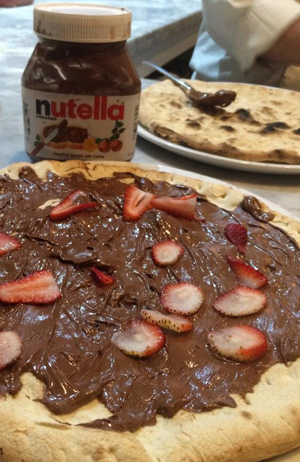 While the undeniable star of the show is the pizza, that’s not all Café Marietta has to offer.

Personally we recently indulged in the Carbonara pizza, following which my partner in crime, Philip Silvestri, commented, “it’s a different direction in pizza. Fluffy crusts that are satisfyingly chewy and crunchy. The Carbonara Pizza was a delicious concoction of cheese, eggs and bacon with a drizzle of truffle oil. You really can’t go wrong with truffle oil. If all the pizzas are this good, we might just have a new king of pizza in town.”

Oh and on the desert menu they have a Nutella Pizza… we haven’t tried it yet, but you just have to look at the picture (right) to know it must be good. Probably very good. 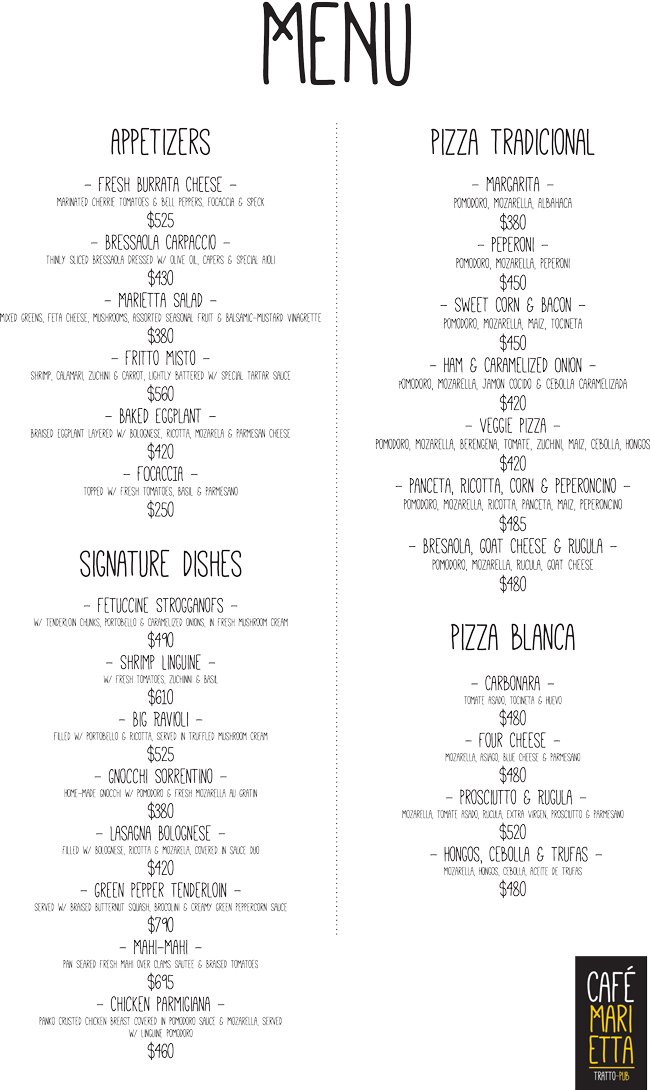 While Café Marietta opens from 5pm for dinner, they close much later… Their fully stocked bar, cocktails and relaxed yet fun atmosphere has been enticing Casa de Campo’s crowd of 30-somethings to stay and party long into the night. Or at least that’s what we’ve heard on the Casa de Campo rumor mill.

Maybe we’ll see you there one of these nights?