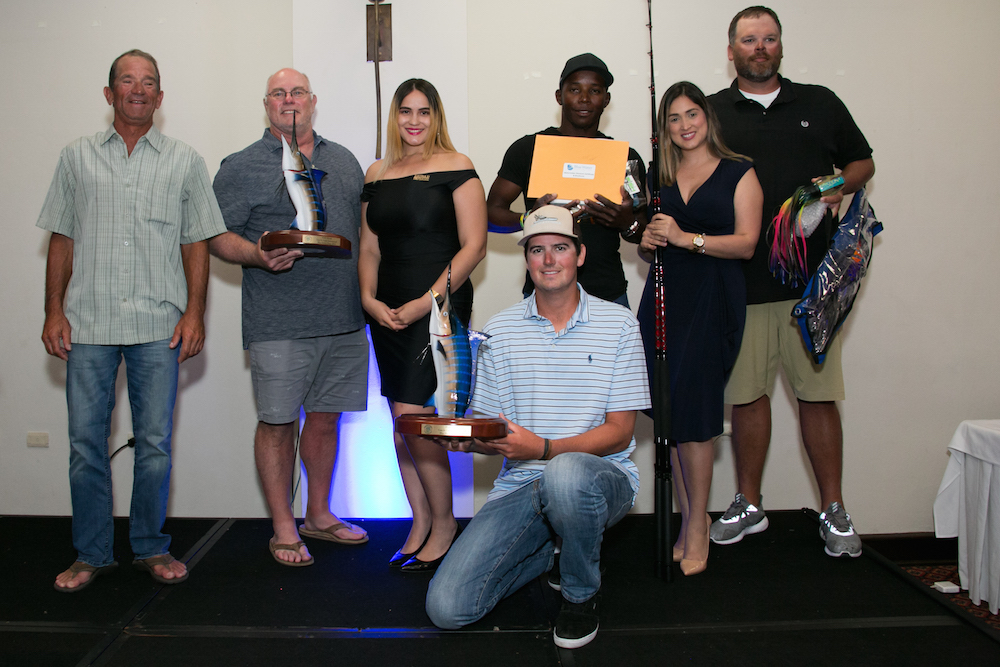 In a tournament marked by rough seas and windy squalls Captain Brent Gaskill from North Carolina guided his team aboard the 64’ custom Jarret Bay to a comfortable victory during the three days of fishing in the prestigious Casa de Campo International Blue Marlin Classic 2019, first leg of the Dominican Billfish Triple-Header Series.

But, “it was not as easy a victory as some might think” said a smiling Captain Gaskill. “We had to work very hard and travel far for the win” he added referring to the standings after day one. They stood in third place at the end of the day edged out based on time of the last release by the winners of the daily, the team aboard another Jarret Bay, Mama Who from Mississippi, and the Brazil-Venezuela team aboard the 72’ Merritt, Business Stinks.  All three teams had released two blue marlin on that first day.

However, the leader situation was quickly resolved on day two when Builder’s Choice released two blue marlin within the first hour after lines in and added a third in the afternoon that day winning the daily while Mama Who and Business Stinks had no releases for the day. “After day two we never looked back” said a proud Harris Huddle, Builder’s Choice owner and winner of the Top Individual Angler Trophy who incidentally was followed by his team mate, Dominican Luis Selen, who earned the Second Place Individual Angler Trophy.

In the individual angler standings as already mentioned Top Angler was Harris Huddle followed by Luis Selen in Second Place both aboard Builder’s Choice and in Third Place was Mama Who’s Trey McMillan.  Top Lady Angler for the second year in a row was Mama Who’s Elaine ‘Lainey’ Jones.  Teams and Individual anglers took home a small fortune in cash awards and sponsor luxury prizes.

The following collection of photos were taken during the prize-giving ceremony of Casa de Campo Blue Marlin Classic: