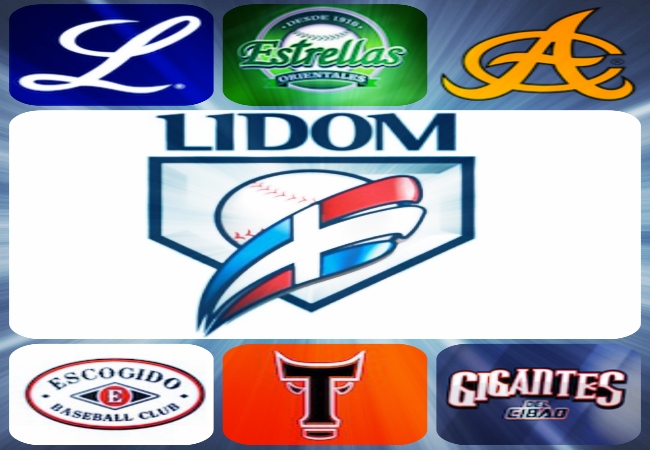 Baseball is the leading sport in the Dominican Republic. Every year the entire country embraces baseball fever as 6 teams compete to be crowned champions of the tournament.

A brief history of the Dominican Baseball League

It is commonly said that in 1886 a group of Cubans came to Dominican Republic specifically to San Pedro de Macoris, in order to do business in the sugar industry. These men, unlike Dominicans, knew baseball, because at that time organized baseball already existed in Cuba, as a result on September 25th, 1886, the first baseball game was played on Pietre beach in San Pedro. This game caught the attention of the Dominicans, whose passion then spread baseball to every corner of the Dominican Republic.

This is how the Dominican passion for baseball was born, a sport that forms a part of our culture and pride as a nation.

The first Dominican baseball teams were founded in 1891 and were called “Ozama” and “Nuevo Club”. Later on November 7th, 1907 the team called “Licey” was created to compete against these two teams. Unfortunately while both “Ozama” and “Nuevo Club” no longer exist, Licey or rather the Tigres del Licey still compete today, with more than 100 years of history.

From 1923 organized baseball got more and more popular, with teams representing the cities of Santo Domingo, Santiago and San Pedro de Macoris. But it wasn’t until 1955, during the era of dictator Rafael Leonidas Trujillo that the league modernized with the opening of the Estadio Quisqueya in Santo Domingo. This stadium was built to accommodate approximately 20,000 spectators and was equipped with a modern illumination system to enable night baseball games in the country.

Throughout the years, the Dominican Republic has earned recognition as a country where great baseball stars are born. Some of the Dominican Republic’s most famous players include Juan Marichal, Felipe Rojas, Pedro Martinez, Sammy Sosa, Cesar Cedeno, Miguel Tejada, Tony Pena, David Ortiz (Big Papi), Vladimir Guerrero, Robinson Cano, and many many more, who have not only been successful here in the Dominican Republic, but also overseas.

Nowadays we have a very strong league and organized baseball, indeed probably the most intense in the entire Caribbean – thanks to the quality of our players and the euphoric and demanding fans who always fill the stadiums.

Let’s take a look at the teams of the Dominican Baseball League: