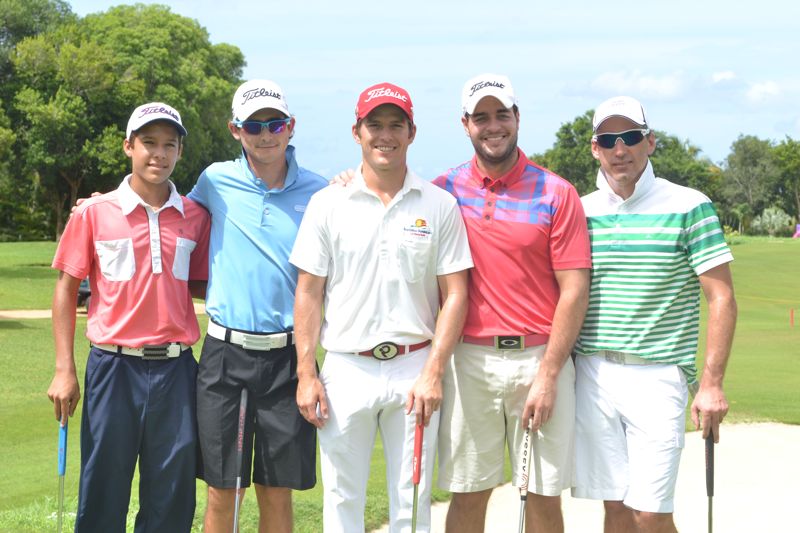 It was an exciting day last Saturday the 30th of August during the 3rd annual Willy Pumarol Golf Classic, a golf tournament which saw the Dominican Republic’s golfing community breaking all kinds of records!

Taking part in the tournament played on the Links to raise funds to support Willy Pumarol on the PGA Tour, were golfers from across the country, including 2 other rising stars of Dominican golf – Ernesto Vitienes and Lucas Hernández.

This dynamic duo played the game of a lifetime and were not only crowned the overall champions of the tournament, but also set a new national record for the best score in a scramble format! Hitting 2 eagles, 2 pars and 14 birdies, the pair scored 18 below par – 52 gross. A score certainly deserving of a trophy!

For our part, the Casa de Campo community broke some of our own humble records too… Philip Silvestri, president and founder of SILGON playing with Bijai Singh won their first trophy together (category B 1st place net), while Daniel Sánchez, manager of Scotiabank in La Romana, playing with Mery Ledesma, won his first golf trophy too- category B gross champions!

It was a fun morning, which we hope will aid the continued success of Willy Pumarol representing the Dominican Republic in the PGA Tour, as he follows his dream to win!

The following are the results of the 3rd Willy Pumarol Golf Classic played on the Links in Casa de Campo:

Closest to the Pin:

The following photographs were taken by Alejandro Heredia: