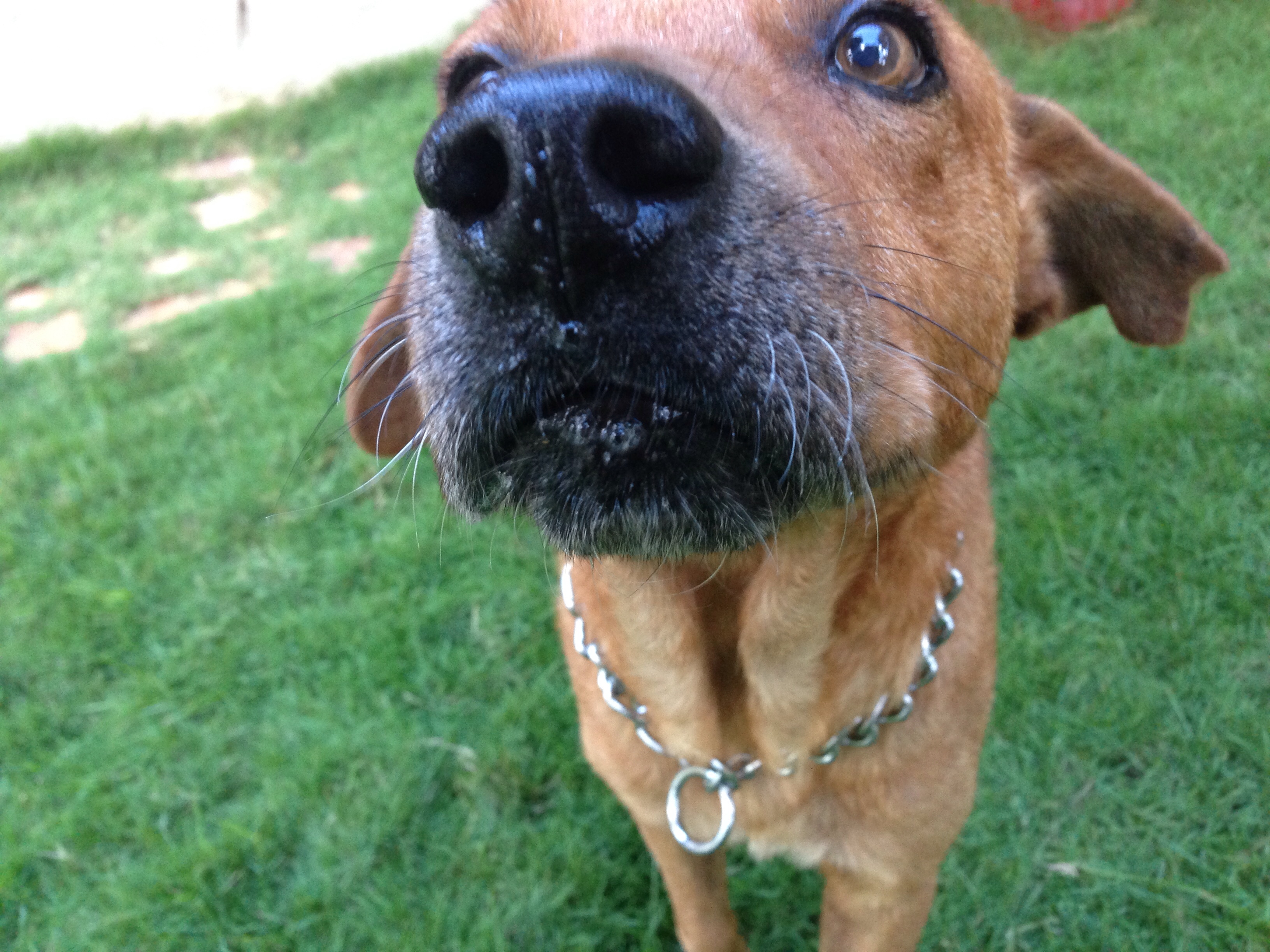 Meet Brad Pitt—the most loving and grateful dog you will ever meet. His story is one that moves just about anyone, his before & after is worthy of being featured in Extreme Makeover Puppy Edition (I just made that up but am sure that would be a hit show if picked up by The Animal Planet), and he is here in Casa de Campo looking for his forever home!

If you don’t have much time to get into the fine details of his rescue story and how this Wirehaired Mocha Rhodesian Ridgeback Medium Lab (yup…it’s a rare and fine dog breed) got to be Casa de Campo’s most sought after pup, take a look at the following video so you can get to know him. If however, you have a few minutes to spare, read on because it’s a good one!

The Day that Brad had Given Up

Being a street dog is hard. Especially in a country where there is an overpopulation of dogs and they are far from being considered “family members” in most homes. After 4-5 years of being on the street, getting disregarded and shunned by humans, going for days without food and water, looking for something to eat in trash cans, and almost being hit by cars every days, Brad had given up on Sunday, February 28. He was severely dehydrated, with an enormous injury on his leg, and just skin and bones. Brad laid inches away from cars passing by on the windy strip between Casa de Campo’s first main entrance and the Coral Highway.

The sun had set and it was pitch black. I happened to see Brad’s eyes reflect against the headlights of my car as I made my way through the dark and narrow two-way street. I passed by and was unable to see what he looked like or if he was ok. I looped around to my house, looked for towels, treats, my dog’s leash and the help of a friend.

Having never rescued a street dog before, I must say I was scared. As we parked by the side of the road in front of him, we realized this dog was severely injured and had no interest in getting up. I got out of the car and walked towards him. Unfazed, he did not respond to my treats or sweet talk. He just wanted to lay there and die.

I put the leash around his neck, the towel over his emancipated body and picked him up without getting a slight reaction from him. After putting him in the trunk of my van, we drove to my home where he spent the night in solitude and away from danger. If he wasn’t going to make it through the night, I thought to myself that at the very least he would pass away peacefully.

Bright and early I went to check up on him. He laid there in the exact position I had left him. The water bowl next to him was untouched and the treats were all there. To my surprise, he stood up slightly scared. A peaceful night’s rest had given him a bit of energy. I swooped him up and took him to La Junglita in La Romana.

Upon arrival Dr. Silfa noticed the injury on his leg was pretty bad but nothing that he couldn’t recover from after taking the worms out of the deep wound and treating him closely. Providing some quick first aid treatment he told me “with food, love and care he will be as good as new in no time”.

He stayed at La Junglita for a while receiving lots of attention from the staff at the clinic and food. Dr. Silfa named him Brad Pitt – because he looked like he would become one handsome pup. I had to agree.

I would visit Brad every few days, noticing how quickly he was bouncing back. His leg injury was healing and his rib cage was a little less visible every day.

When he was ready to leave the vet, our friends at the Happy Feet Pet Hotel in Bayahibe took him in, he socialized with other dogs and was pampered like there is no tomorrow! He wagged his tail for the first time there and even played around with some lady pups. He had a bed and his own cozy space. Brad was learning how to be a happy dog.

Ready to see him through the rest of his recovery and find him a forever home, I moved Brad to my home in Casa — his new foster home. A big backyard with lots of grass, a large terrace, food and a warm bed have been spoiling Brad for a couple of weeks now. His wounds are healed up and hair has covered all of his injuries and bald spots! He has gained over 15 pounds and is one happy, sweet and OBEDIENT dog (overly so I think!). He is no longer afraid to eat from my hand since he was terrified of this at first. He has shown absolutely no signs of aggression, hesitation or nervousness around people since the very first minute I met him.

Brad is one perfect dog ready to find his forever home. He will be fixed at the end of the month and is fully vaccinated. Brad doesn’t really ask or need much, just a loving family and a home (preferably with no other male dogs around). He will be forever grateful and not afraid to show it at every waking minute.

Would you like to meet Brad? This celebrity puppy is looking forward to meeting you too!