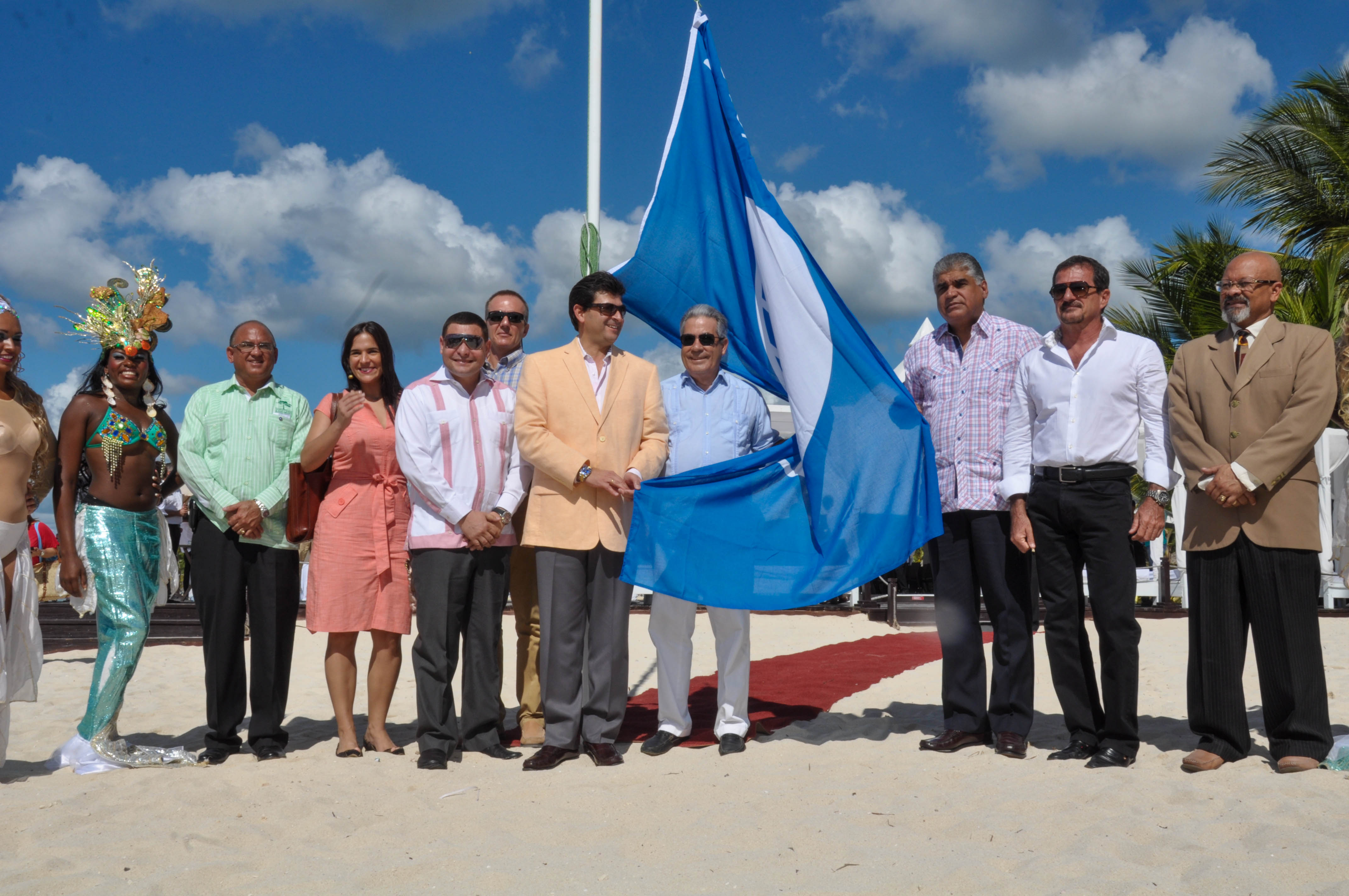 For the tenth consecutive year, the “La Laguna” beach of Dominicus Americanus was awarded a Blue Flag by the Environmental Law Institute and the jury of the Foundation for Environmental Education.

To mark this 10th anniversar

La Laguna beach, which stretches along the entire coastal area of Dominicus, was in fact the first in the country and all of the Americas to receive this recognition which takes into account the environment, water quality, safety for swimmers, as well as other factors.

“In La Romana-Bayahibe, we are honored to have been pioneers and to have motivated the whole country to join the environmental category which is awarded to the beaches that meet the requirements” said Daniel Hernández, president of Hotel Association La Romana-Bayahibe (AHRB), who is also general manager of the Casa de Campo Hotel.

Also in attendance at the ceremony was Ana García, Executive Director of the La Romana – Bayahibe Cluster, who expressed gratitude to all public and private entities that have collaborated since 2004 to make sure the Dominicus-Bayahibe zone meets the standards required.