Our splendid east coast received international fishermen from Puerto Rico, the United States and Dominicans to celebrate the first edition of The Sailfish Bowl 2020 fishing tournament, at the facilities of the Marina Casa de Campo, as the official venue of the event which benefits of Mir Foundation.

The event that gave pre-opening to the season of tournaments and fishing of Marina Casa de Campo, took place during the weekend of February 6 to 8, under a climate that favored the magnificent fishing, and a pleasant atmosphere among the participants and guests, rewarding the catch & release modality of sailfish species and being crowned as winner Manuel Felipe from PR with a total of 1500 pts in the “Bandolera”, Manuel was in second place Battle of PR in “Bandolera” with 3 sails released, and in third place Dolph Roder aboard the ship “JHook” of USA with 1 sail released. In the top category of boats, the “Pícara” boat won the third place with a total of 98 points with its members Rhamses Carazo, Juan Carlos Puis, Arturo Quintero and Bryson C .; in the second place, the JHook boat with a total of 1200 pts with 4 Sailfish Release with its members Bernard Paul-Hus, Dolph Roder and James Zerby; being the winners of the first place and the The Sailfish Bowl 2020 tournament, the “Bandolera” based in RD, with a total of 3028 pts with 10 Sailfish Release with its members Manuel Battle, Manolo Felipe, Luis Mercedes and Herbert Martínez. Neil Orange was the Best Captain.

This tournament also rewarded the Wahoo catches, won by the Dominican Luis Mercedes with 28 pounds, aboard “Bandolera” and the Biggest Golden Fish, one of the most coveted by fishermen due to their agility in the fight, was also captured in abundance, first place won by Rhamses Carazo from PR with 36 pounds on board “Pícara”.

The winners received spectacular trophies made by the artist Patricio Correa and prizes that included fishing equipment and personal items for the winner and the boat. The event that was loaded with lively social activities closed with an awards ceremony at the Yacht Club of Marina Casa de Campo. 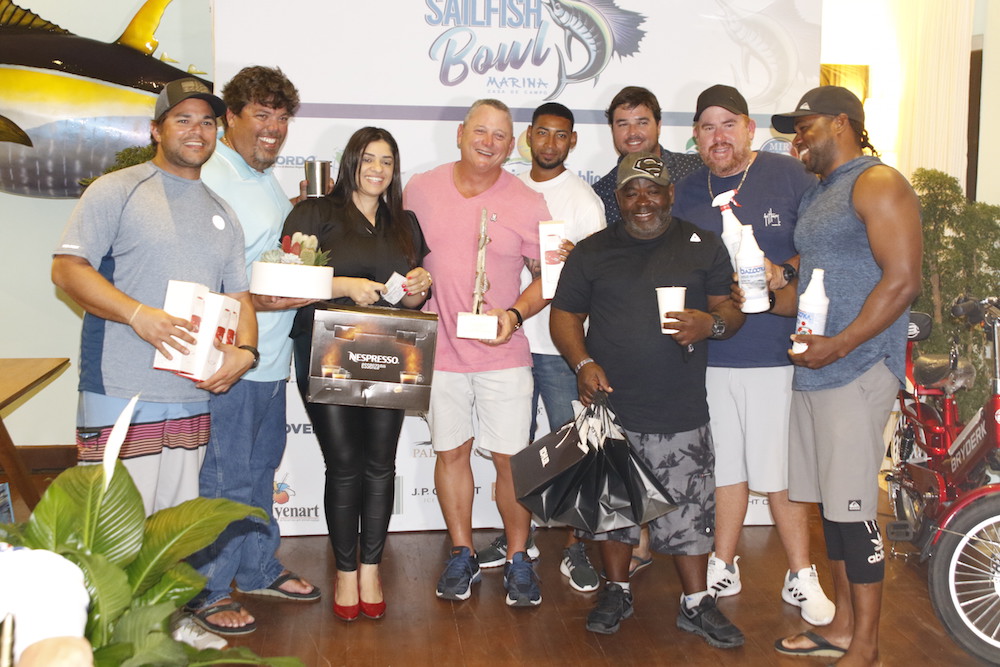 In 2021 the tournament will celebrate its second edition on February 4 to 6.