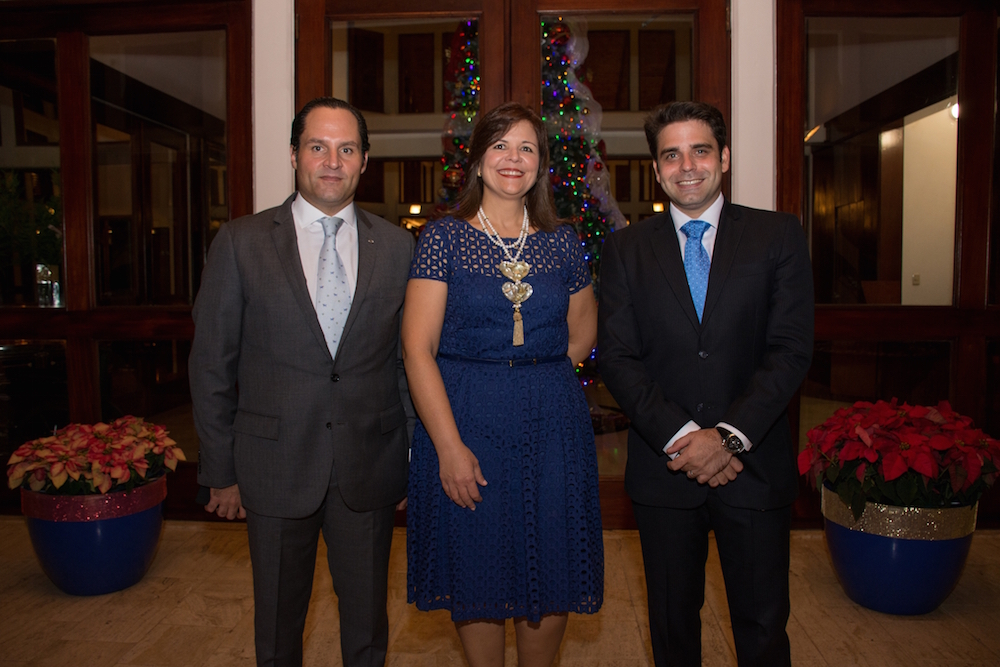 Achievements must be celebrated, and those achieved in 2016 by the Progreso family are more than sufficient. With this intention, executives of the banking entity held a cocktail at Casa de Campo to celebrate Christmas and thank customers and allies for being an important part of the growth of their large family, which every day is more enmeshed in progress.

During the meeting held in Casa de Campo, La Romana, executives valued 2016 as a year of success, and projects have laid the groundwork for further developing proposals whose impact will create better service for their customers.

“At Banco del Progreso we are characterized as being an innovative bank, interested in building a deep closeness with our clients through the permanent search for quality in our services and with special emphasis on seeking personalized treatment,” said Rosario Arvelo, senior vice president of Banca Persona, who offered the opening words of this meeting.

Meanwhile Daniel Sánchez, regional manager of the branch, expressed during the cocktail that: “With this fraternal meeting we wanted to thank the trust and fidelity of you, our customers, and at the same time highlight that when work is done as a team, as a family, good results are obtained. It is for this that we can toast today for the good year we have had, and when better to do so than at this time of love, unity, and health, sharing together at Christmas.”

In this activity, which was attended by executives of the entity and special guests, they enjoyed a pleasant moment, with the warmth characterized by this time and the beautiful melody of the children’s choir of the Fundación MIR, who delighted those present with their traditional Christmas carols.

The following pictures were taken by Mariobi Herrera at the Banco del Progreso Christmas cocktail on December 7th:

The following pictures were provided by Banco Progreso: