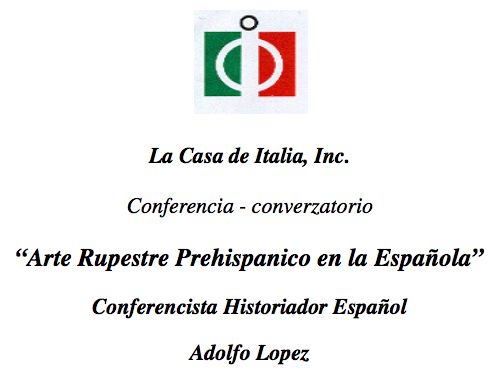 La Casa de Italia cordially invites you to their lastest conference “Arte Rupestre Prehispanico en la Espanola,” which can be roughly translated as ‘prehistoric rock art in Hispaniola.’  This conference is being hosted by Adolfo Lopez, but unfortunately for those of us who live in Casa de Campo, it will be held in Santo Domingo.

The details of this conference are as follows: