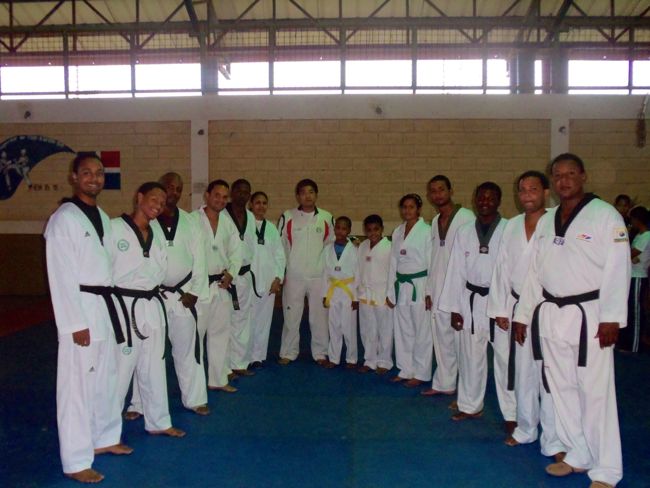 Arquímedes de Jesus, who has been teaching Taekwondo since 1987 at the Casa de Campo Hotel Fitness Center, and who is also the president of the Taekwondo Association of La Romana, is managing the participation of a Taekwondo team from La Romana to the World  Taekwondo Hanmadang 2013, which will be held in August in South Korea.

The World Taekwondo Hanmadang is organized by the Kukkiwon, which is the center and world headquarters of Taekwondo, the aim of the event is to unite the world through this Korean martial art. This event will take place on 28th to the 31st of August 2013 in Daejeon city, South Korea. They expect the participation of 4,000 athletes from many different countries.

“The Dominican team will be represented by Taekwondo athlete Thriony Pilier from La Romana, who has undergone a rigorous training program under the direction of South Korean master Seung Hyun Baek, who will go with him to the festival,” said Arquímedes.

“This is the first time in history that a Taekwondo athlete from the Dominican Republic, and in this case, from La Romana, participates in a event of this magnitude”, he added.

Over the years, Taekwondo has become a popular sport practiced by many athletes across the world and today we celebrate 25 years of Taekwondo in Casa de Campo – taught by Arquimedes de Jesus, Taekwondo pioneer in our very own community and currently also the Director of the Dominican Republic Taekwondo Federation!