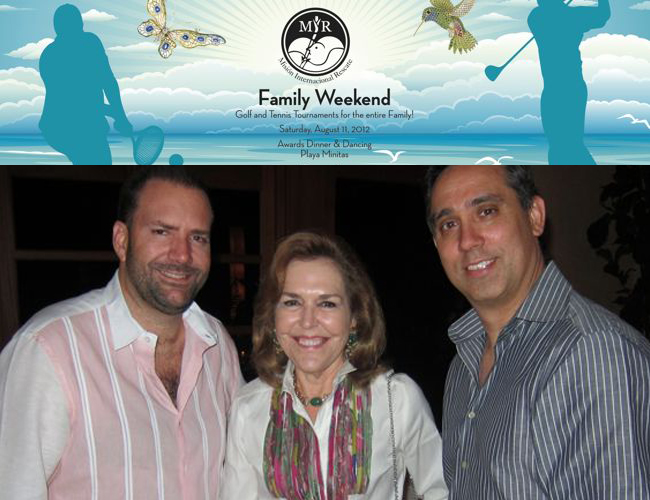 The Fundación MIR Family Weekend For Life, one of the most popular and glamorous fundraising events in Casa de Campo, will be celebrated on Saturday August 11th – and this year, will include tennis and golf tournaments, the “Dancing for Life” Dinner and Gala, with famous Dominican TV host Pamela Sued as Mistress of Ceremonies, as well as an After-Party with DJ Gringo!

The event which is celebrated in the Casa de Campo resort every year with the purpose of raising funds for the continued development of the Fundación MIR’s 3 schools in La Romana, which is attended by children of the greater La Romana area who are most in need, will allow Casa de Campo residents, visitors and villa owners to enjoy a fabulous day of golf at the La Romana Country Club golf course, as well as a tennis tournament at the La Terraza Tennis Club courts!

Family weekend for Life 2011 – dancing the night away!

After a complete day of sporting activities, the players as well as VIP guests of the Casa de Campo community will attend the fabulous “Dancing for Life” Dinner and Gala, where dressed in “tropical chic” attire at Casa de Campo’s private Minitas Beach, the players will be awarded with trophies in the tournaments’ prize-giving ceremony. The event will be feature Pamela Sued as Mistress of Ceremonies, who is a famous Dominican actress, co-producer and TV Host of “Sigue la Noche” TV show and winner of a “Premio Casandra” (Dominican version of an Oscar) as “Best TV Host of the year” in 2011.

The event, which is sponsored by the Baptist Health Hospital and Tiffany & Co with the “Mystery Blue Box” wall, will end with an After Party with DJ Gringo!

Below is the schedule of events that will be taking place during the Fundación MIR Family Weekend:

On Saturday the 13th of August 2011, the Fundación MIR Family Weekend for Life event was celebrated in Casa de campo with fun golf and tennis tournaments, followed by a wonderful celebratory dinner, dance and after party!