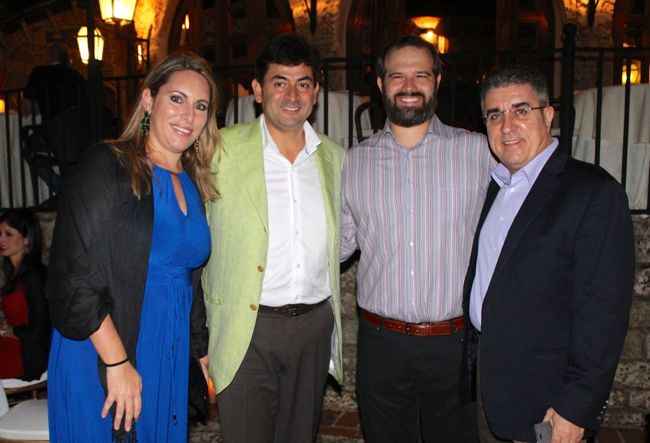 Credit where credit is due, and in the case of the recent recognition awarded to Ana García at the La Romana-Bayahibe Hotels Association Christmas Gala, it certainly was very well deserved.

The award was presented by the president of the La Romana-Bayahibe Hotels Association, Daniel Hernandez, who is also the general manager of the Casa de Campo Hotel, in recognition of “her efforts and achievements of 2014”.

“There is nothing better than when your work is valued. I am so happy to be part of the touristic development of the La Romana – Bayahibe area, and would like to thank all the great professionals who have given me the opportunity to work alongside them, to learn from them and to develop personally and professionally, thanks to their guidance and support. Thank you to Angel Julio, Daniel Hernandez, Roberto Iglesias, Marco Mazzucchelli, Amando Pozo, Antonio J. Martorell, Andres Fernandez, Karina Constanzo, Wendy Mari Ramirez Castro, Wanda Lissette Peralta, Marisol Rondón de Libert.” Said Ana Garcia, director of the La Romana – Bayahibe Tourism Cluster.

The celebration was held on the beautiful terrace of the La Piazzetta restaurant and was attended by the collaborators and board members of the La Romana – Bayahibe Tourism Cluster and the La Romana-Bayhibe Hotels Association, as well as officials of the Dominican Ministry of Tourism.

Those in attendance included, Maribel Villalona, Director of the Department of Planning and Projects of the Ministry of Tourism, Radhames Martinez Aponte, the Deputy Minister of Tourism, and Manuel Quiterio Cedeño, president of CICOM, who were also all honored for their work.

The following collectrion of photos were taken at La Piazzetta in Altos de Chavón during the annual Christmas Gala of the La Romana-Bayahibe Hotels Association: