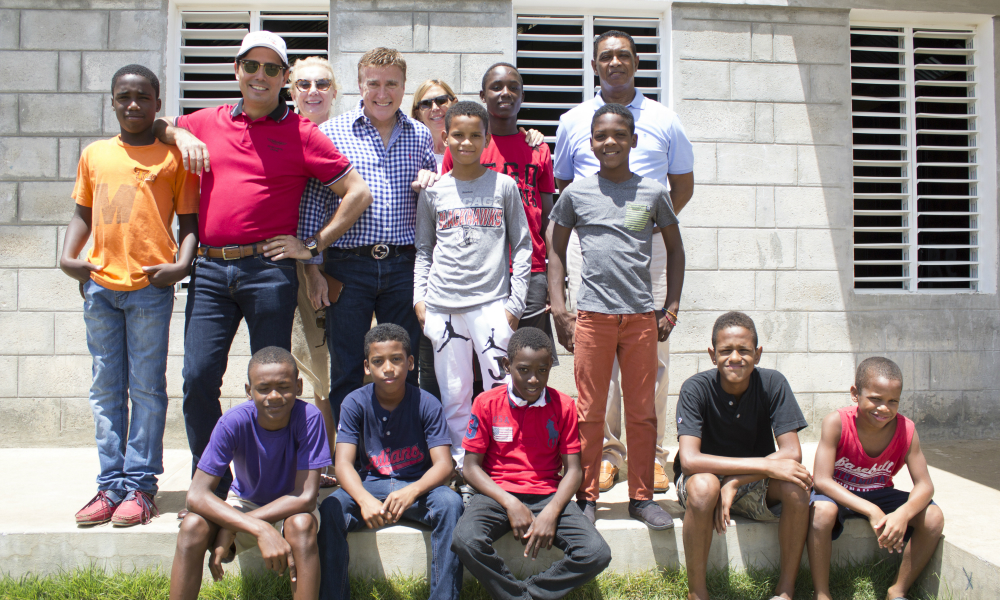 Ambassador James “Wally” Brewster and Bob Satawake have been seen in and around Casa de Campo recently taking part in sports, philanthropic and social events. In addition to being extremely approachable and kind, they are both known to support noble causes, specifically those that favor the wellbeing of marginalized segments of the population. We were warmly invited to join them for a private tour of the boys camp for the Niños de Cristo Orphanage in La Romana last week and had a great time with them and all the children. 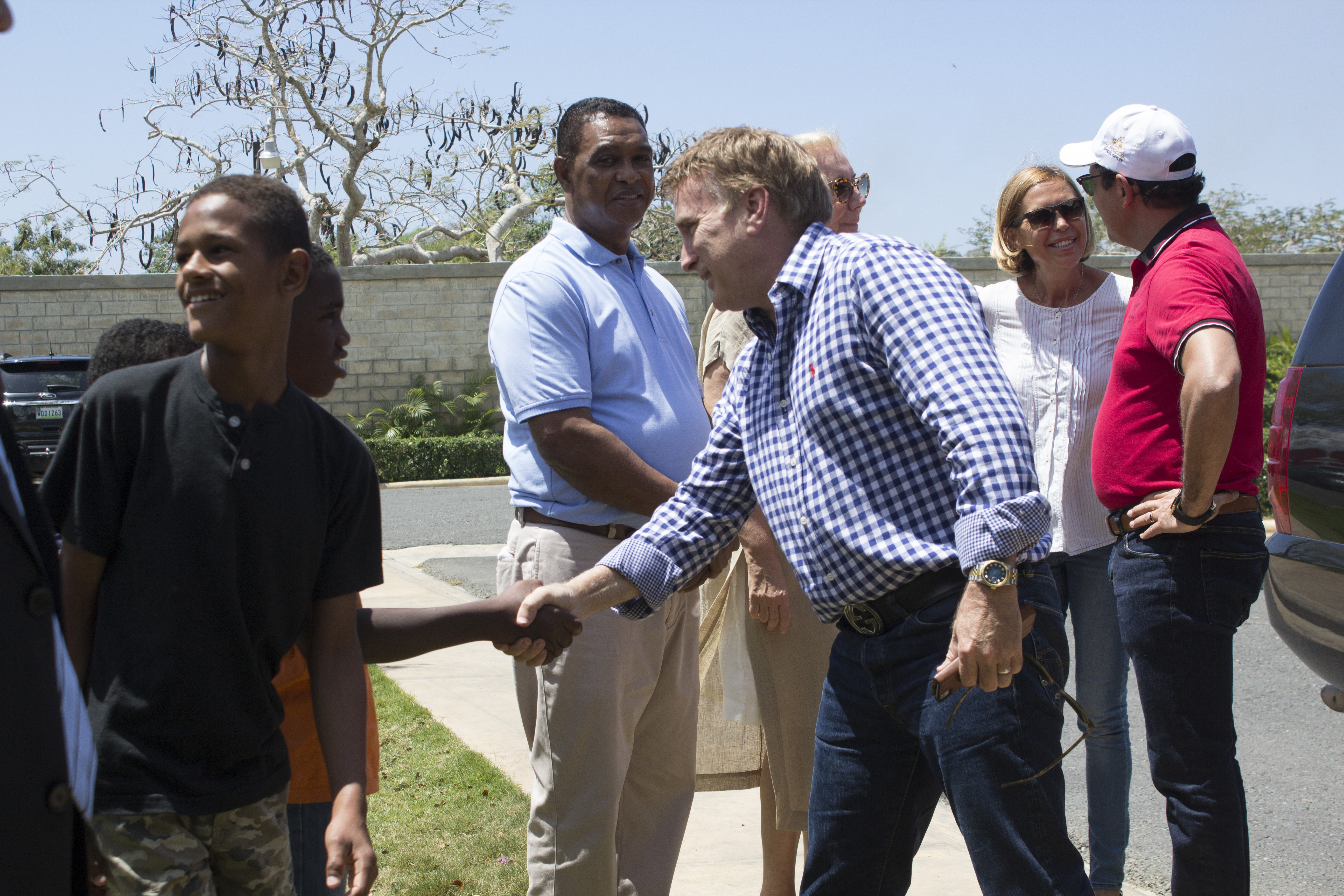 Upon their arrival, Ambassador Brewster and Mr. Satawake were greeted by Coco Lorenzi-de Bailliencourt, Director of the boys orphanage, Orietta Pietrobelli, Josephina Lolli-Guetti, and a group of children of different ages that were anxiously waiting for their arrival. They LOVE VISITORS and were very excited about it all. After some firm handshakes and hugs, we were guided by the children on a visit of the home they have been living in for since its inauguration 2 years ago.

We first visited the library and reading room where the 48 boys that live at Niños de Cristo do their homework and hang out during the day. Our next stop was at the art room (my favorite part of the visit!), where we saw hanging on all the walls all the artwork produced by children of all different ages. A real burst of color and demonstration of how talented these kids are. From colorful paintings of houses to complex portraits, it became evident that these children see art as a way to channel their emotions in such a great way. 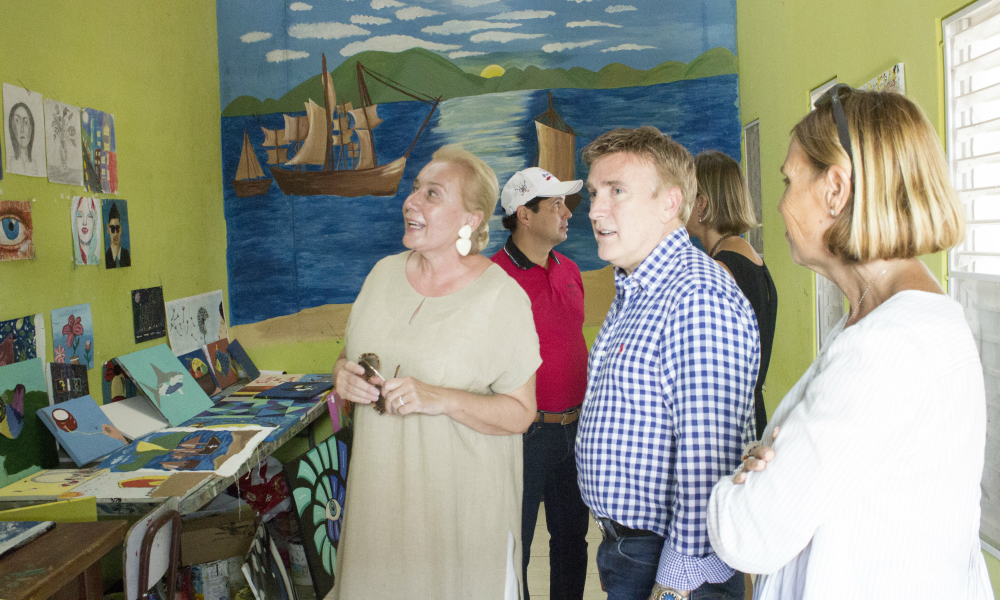 While Ambassador Brewster and Mr. Satawake spoke to Coco at the nurse’s station, I realized that the REAL celebrities and important visitors to these children were the members of the detail that accompany them! The kids were just fascinated by the badges and earpieces and were not shy to point it out. The men, who were dressed up in suits, wore sunglasses and tried to focus on doing their job seriously, couldn’t help but smile and engage in conversations with the kids explaining what their job was all about. Ambassador Brewster may be the representative of the United States and President Obama in the Dominican Republic, but for the children the coolest people in the visit were the security detail – and why wouldn’t they be?! Did I mention they had BADGES AND EARPIECES?! 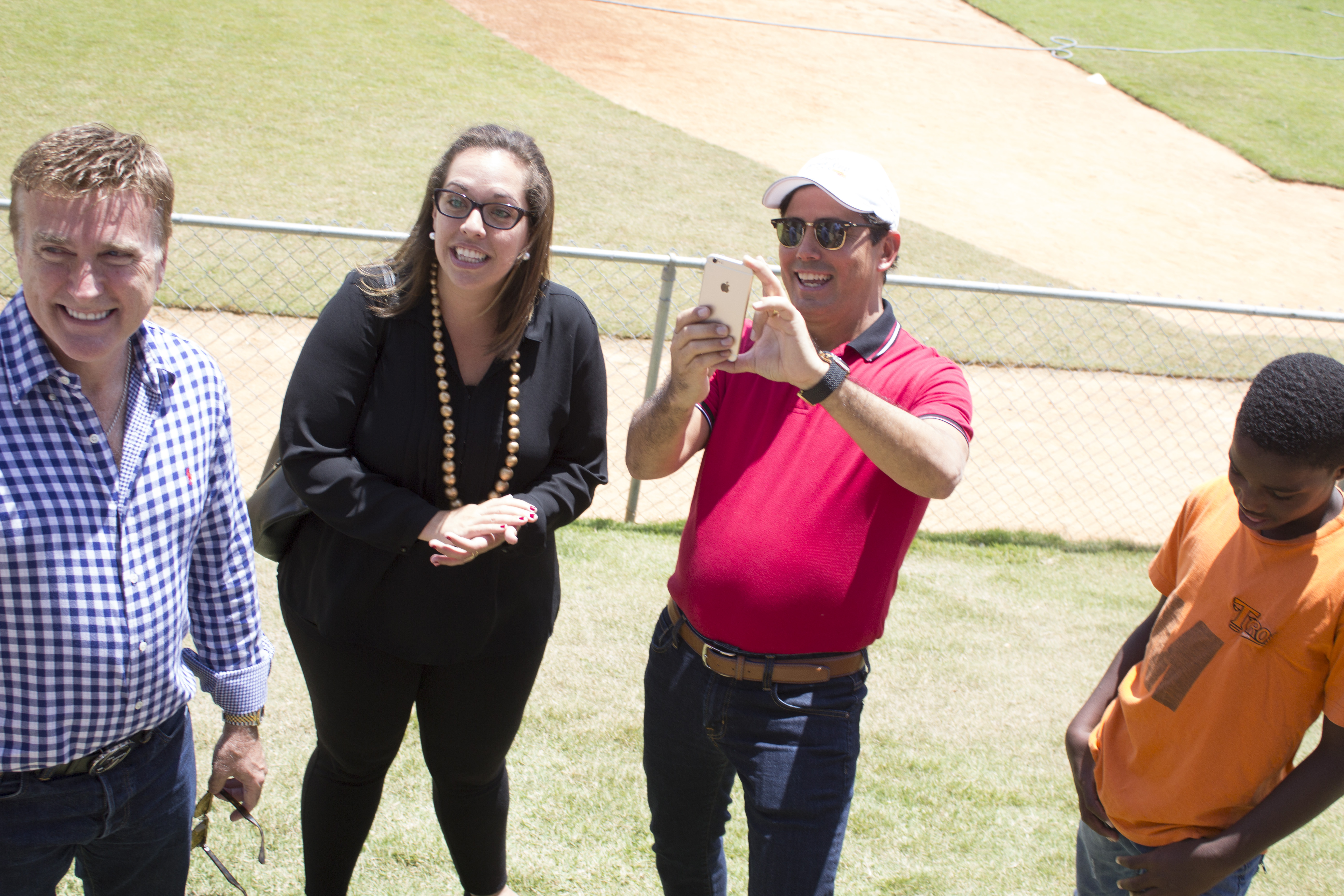 Upon leaving the nurse’s station, the kids were keen to point out their pride and joy – the baseball and basketball fields. The children walked us through their “play” as they shared who was good in baseball, soccer and basketball. Steven, one of the kids who came along, mentioned that his favorite player was David Ortiz, which led Mr. Satawake 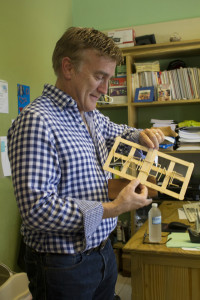 to take out his phone and ask him to film a little message which he would then send to his friend, Big Papi right away! Steven eloquently greeted the Boston Red Sox star in his video mentioning how much he loved and looked up to him. It was incredibly sweet.

The tour then took us to their sleeping quarters where everything was impeccably cleaned, all the beds were made, and not a thing was out of place. They were proud to show us through each room pointing out proudly whose bed each was.

After visiting the kitchen and dining room, we headed over to the main office, where the children got to ask the visitor’s questions and send them off with a little note thanking them for their visit and a “WELCOME” sign handmade made out of popsicle sticks. Ambassador Brewster mentioned he would proudly hang it up in their home and promised to come back… next time with friends! 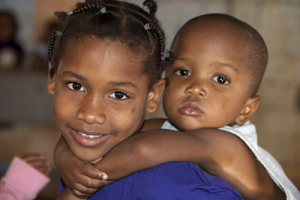 Orfanato Niños de Cristo is an orphanage located in the Dominican Republic that was founded in 1993. It houses more than 160 children who have been abandoned and/or victims of abuse, both from the Dominican Republic and Haiti. Orfanato Niños de Cristo is dedicated to improving the lives of the children, focusing on education, health and housing, as most of the children spend their entire childhood and young life in the orphanage. The orphanage has two housing facilities, a privately-run school and recreational areas.