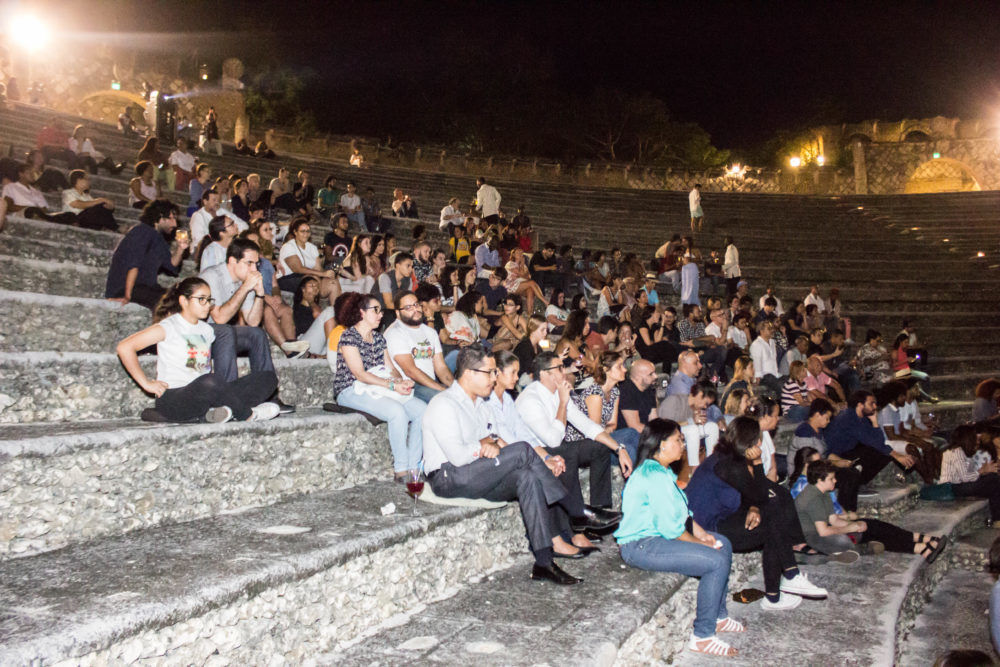 Last Thursday, November 2nd the DR Film Commission (DGCINE), the Chavón The School of Design, and the Casa de Campo resort presented the first Outdoor Cinema in Altos de Chavón with a screening of the Dominican film, “Carpinteros” by José María Cabral. With popcorn, wine, and drinks, guests enjoyed a new outdoor experience in Chavón’s amphitheater.

After months of planning this, Yvette Marichal, director of the DR Film Commission, along with Tanya Valette, the school’s film director, and Rector Stephen Kaplan were happy to inaugurate the cinema. The first one to open the occasion was Stephen who addressed the audience and talked about Paramount Pictures as the main precursor to Altos de Chavón and the amphitheater. Now, with the inauguration of the outdoor cinema, he says it’s come full circle. 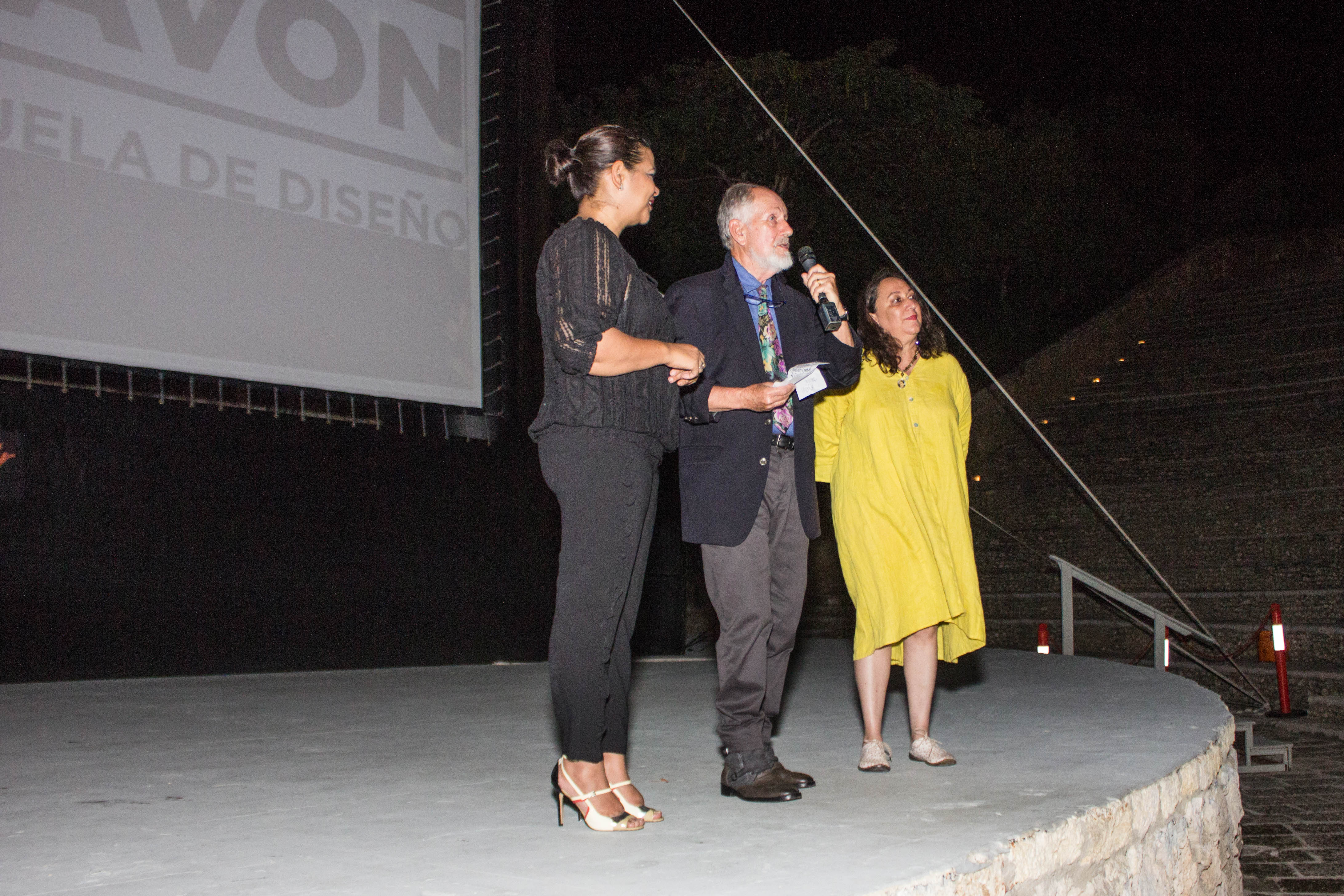 Mr. Kaplan mentioned how proud the school is of their film career, helping nurture a new generation of the rising Dominican film industry. He compared the night to “Cinema Paradiso” by Giuseppe Tornatore, a movie about the love for outdoor film projections and how it brings a community together — which is exactly what this new project intends to do.

Tanya Valette thanked everyone for their support stating, “Today is a very special day because not only do we have Casa de Campo community members and guests, but we also have here the Chavonero community, students of the Fine Arts and Film careers, including ones that came in January and the ones that just started in September.” She took the opportunity to thank Yvette for helping make this project a reality and announced that this will be a MONTHLY EVENT taking place every 1st Thursday of the month!!! 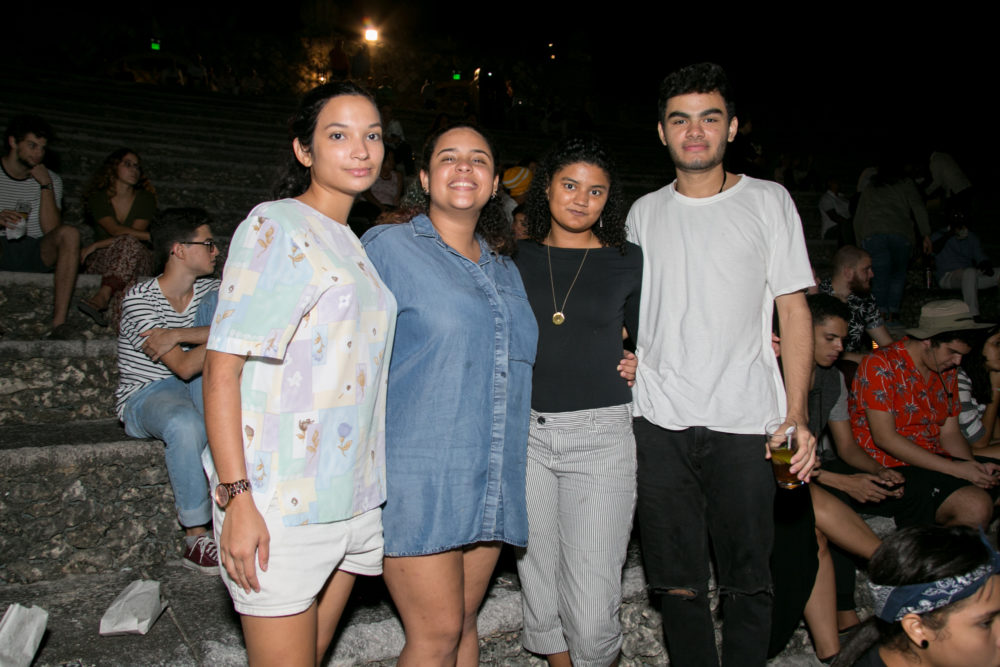 Yvette Marichal highlighted the importance of creating this type of space, since it promotes “good Dominican cinema”. She noted the collaboration between the DGCINE and the Film Program of Chavón, asserting that they look to strengthen the formation and vision of future filmmakers. “Viewing movies outdoors is something magical and even more so here in this amphitheater,” she said.

José María Cabral wasn’t able to come to the screening since he is currently out of the country working on his next project, but he did record a video message that was displayed where he cheered on all the film students to continue working and studying to elevate the local film industry. The Outdoor Cinema aims to promote the enjoyment and knowledge of Dominican cinematography in the community. The screening of “Carpinteros” told the story of Julián who finds love and a reason for living in the last place imaginable: the Dominican Republic’s Najayo Prison. His romance with fellow prisoner Yanelly develops through sign language and without the knowledge of dozens of guards. 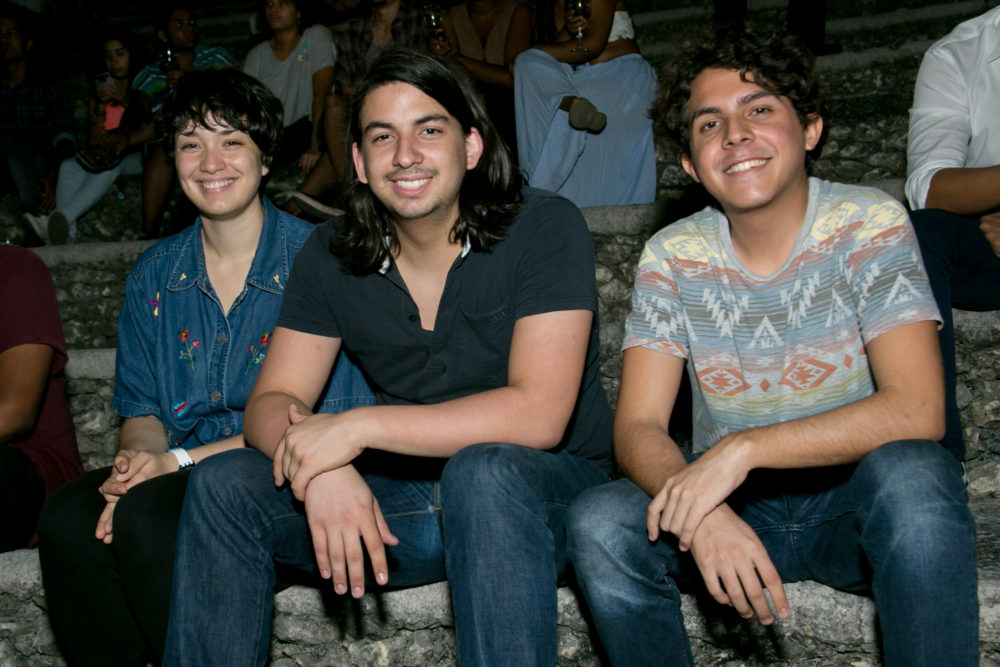 The movie has been listed as one of the 92 films competing to be nominated to win an Oscar for Best Foreign Language Film, and was screened in the World Cinema Dramatic Competition section of the 2017 Sundance Film Festival. It was the first Dominican feature film selected by Sundance! Yvette even classified it as the Dominican film of the year! We wish everyone involved the best of luck and will keep our fingers crossed for its nomination.