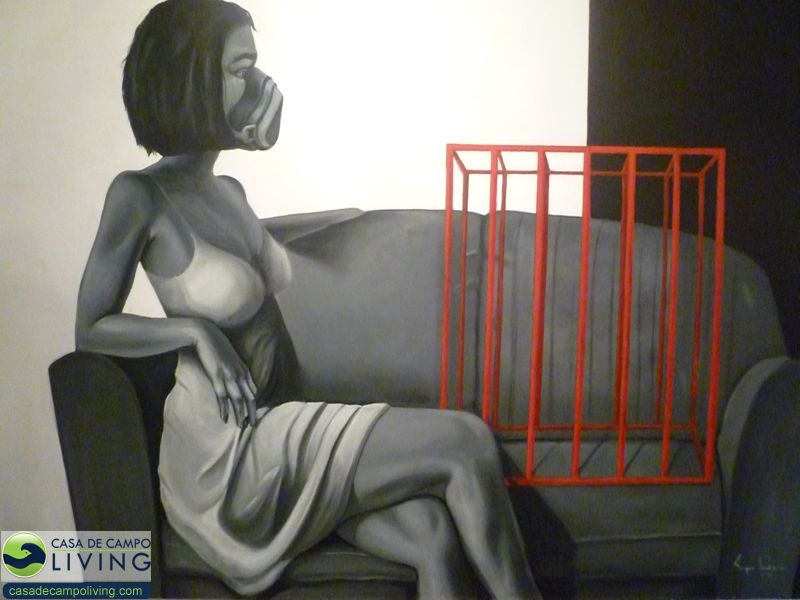 On Thursday the 10th of February Altos de Chavón Artist in Residence Argenis Lebron was awarded a ‘Premio de Pintura’ prize with the Casa de Teatro in Santo Domingo.

Every year the Casa de Teatro an arts cafe in Santo Domingo, Dominican Republic hosts a ‘Premio de Pintura’ contest, to recognise and reward promising young Dominican artists. This year the event was sponsored by Banco Popular and the awards ceremony was held in the Cultural Centre in Santo Domingo, which is where an art exhibit of the exhibiting artists and contest winners is being held throughout the whole of the month of February.

Argenis Lebron who lives, works and studies in Casa de Campo La Romana in the beautiful ‘artists village’ of Altos de Chavón was awarded 2nd place for his painting named ‘La Herencia’ and received a prize of RD$30,000 as well as an honorary diploma.

Argenis is currently studying at the Altos de Chavón School of Art and Design as part of their ‘Artists in Residence’ scheme, he also spends his time volunteering for the Hogar del Niño – he takes parts in events as an artist, sketching peoples portraits and donates all money raised back to the Hogar del Niño.