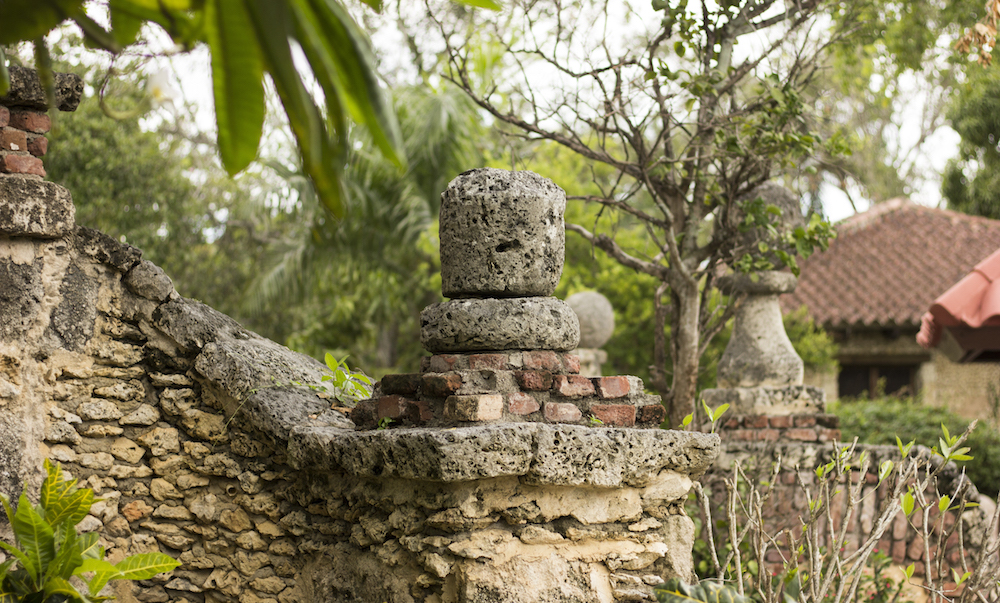 When former Paramount Studios set designer and cinema stylist Roberto Coppa was given carte blanche to design the artists village of Altos de Chavón, he was tasked with building a mecca for art and culture. Often referenced as a replica of a 16th century Mediterranean village, Altos de Chavón is far from being a replica, as the unique creation that sits atop a hill is a unique expression of craftsmanship, talent and art.

With blueprints serving as mere sketches rather than construction plans, Chavón’s walls and cobblestone pathways were often built and demolished at the request of the artist – like one who molds a sculpture repeatedly until reaching the designers vision of perfection.

Artisans and workers built each staircase, window and door with bare hands, while Coppa made sure that the masterpiece lay not only in the towering edifice, but within the details themselves. Chavón’s mysticism, medieval spirit, and the energy exuded from its walls is expressed in the countless emblems, shields, sculptures, creatures and stone patterns that tell a story of a distant past so alive in the present that the concepts of fiction and reality merge in a single place and point in time. Despite being three decades old, the art between the stones possess an old soul which allows them to exist simultaneously in the epochs that served as its inspiration as much as they do today.

Art is self-directed, much like Altos de Chavón’s creation process at the hands of Roberto Coppa. It is then interesting to wonder if the details found around the cobblestone pathways were designed with intention, purpose and meaning – or merely a set of pieces arbitrarily created to decorate the village to resemble a time past. Whether interpreted as art, symbols or decorative pieces, what remains true is that Altos de Chavón has become an epicenter for art, stories and magical experiences – likely fulfilling its designers purpose.

* This article was previously published in our sister publication, CasaLife Magazine. And since in the magazine we can’t publish all the beautiful details of Altos de Chavón, see below gallery of pictures taken by Laura Perdomo, and try to guess where each and every detail is in our beautiful village!