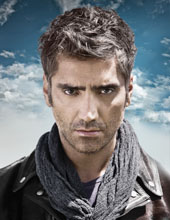 It is with great sadness, but with very little surprise, that we bring you the news that the Alejandro Fernandez concert, due to take place on Saturday the 25th of June has been ‘postponed.’

According to TicketExpress.com, SD Concerts were forced to ‘postpone’ the concert due to complications with Alejandro Fernandez’s AGENDA. No this is not a joke. According to Saymon Diaz, the man responsible for bringing Alejandro Fernandez to Altos de Chavón, SD Concerts and the representatives of Fernandez took the decision to ‘postpone’ following ‘inconveniences’ with the artists agenda. How and why this could possibly happen we do not know – perhaps he lost his agenda?

Again according to TicketExpress.com, the concert has been ‘postponed‘ until August this year and a date will be confirmed closer to the time.

We called it!
This is the 3rd time a SD Concert, due to take place in Altos de Chavón has been ‘postponed’ for dare I say it ‘bizarre’ reasons; also ‘postponed’ was Kenny G, in November 2009 due to the ‘current world economic crisis’ and the following year also in November Yanni was postponed due to rain (if I remember correctly it actually never did rain). So in our article ‘Confirmed: Alejandro Fernandez is coming to Chavón’, I refused to say that the concert would take place – merely saying that it was ‘planned’ to take place – am I a pessimist, a realist or a psychic? You decide!

Does ‘postponed’ really mean ‘cancelled’?
Some of you may be wondering why I have chosen to put the word ‘postponed’ in parenthesis – well the reason is that the last 2 ‘postponed’ concerts, due to take place in Altos de Chavón (Kenny G and Yanni) never happened and do not look likely to ever happen.
So will Alejandro Fernandez ever come to Altos de Chavón? To be honest we don’t know – but I wouldn’t put my money on it!
In fact, if you have already bought tickets, I recommend you get a refund – if the concert is in fact merely ‘postponed’ you could always buy tickets again.

SD Concerts: Bad luck or bad planning?
So why have so many concerts been ‘postponed’? According to the event organisers, SD Concerts the concerts were postponed for the following reasons:
• Kenny G – the world economic crisis
• Yanni – bad weather
• Alejandro Fernandez – agenda conflicts
Officially these are the reasons, however we can’t help but wonder if there is another reason behind the ‘postponements’………..what do you think? Leave your comments below: