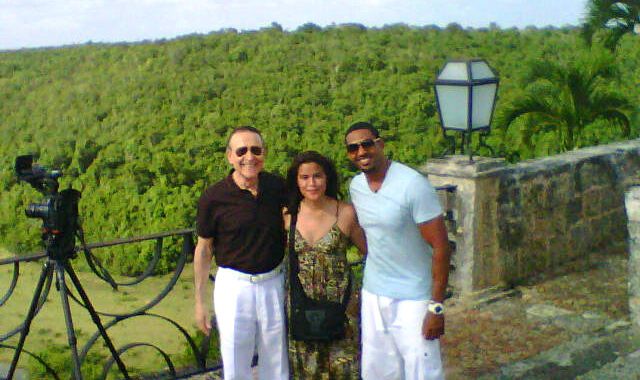 During his time in Casa de Campo, Laz Alonso filmed in the Casa de Campo central hotel area, on the Teeth of the Dog golf course, at the La Caña Restaurant and Lounge by Il Circo, in Altos de Chavón, as well as at the Beach Club by Le Cirque on Minitas Beach.

Whilst filming in Altos de Chavón, Laz was joined by Dr. Claudio Silvestri, President and CEO of Premier Resorts and Hotels (the management company for Casa de Campo), where no doubt some excellent footage of the beautiful cobbled streets of Altos de Chavón and the breathtaking view of the Chavón river were shot.

AND according to Sarah Peregrin, Public Relations for Casa de Campo – Laz Alonso liked Casa de Campo so much that he decided to extend his stay so that he could continue enjoying the numerous facilities and activities. We look forward to seeing you here again Laz!

The travel episode will be aired from September on select American Airlines flights, as well as shown on the BlackAtlas website: www.blackatlas.com.