Abraham Lincoln School senior Katherine Calcaño has released her debut single “Usame”, and we’ve sat down to ask her about the success of her debut effort.

Calcaño has been singing since she was a little girl, raised by a family that appreciated her unique talents, and ensured she would receive education in them, specifically singing and playing the piano – later on in life, her talents were noticed by more people as she would display them publicly, be it in churches, music academy concerts, or school musicals and talent shows.

Katherine Calcaño’s debut song “Usame” is a song she refers to as “a song for yearning, to ask God to use me as he pleases”, in hopes of inspiring other believers to wish for the same. The song was recorded at Holy Music Studio in Santo Domingo, and was produced by Dereck Jordanny Cordero. We here at Casa de Campo Living love the song and think it’s beautiful, regardless of what your faith is!

Listen to it here, and see for yourself!

We sat down with Katherine Calcaño to ask her a few questions on her debut release. 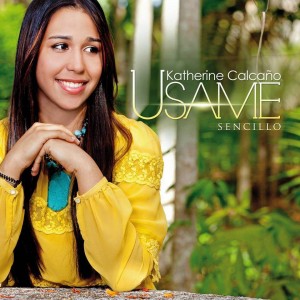 @cdcliving: Tell us, how did the inspiration for “Usame” come about, and how did that inspiration go on to become the song you recently released?

I wrote that song when I was twelve years old, and it was a statement of yearning, a prayer – asking Him to use me to spread his word to different places, for others to give their lives to Him. It’s a dream come true to have recorded and released this song I’ve had around for so long.

@cdcliving: What do you think about the reception the song has received? Has anything been said to you, or has anything of note happened with how the song was received by the public?

I was very surprised with the amount of views the video got on its first day, in less than 24 hours there were 400 views, two days after that the number had become 700, I never thought it was going to have all those views, or that it would even get past 150 views. That was probably because I’d been listening to the song for such a long time, all those years knowing the words, so I didn’t really like it. Apparently, today, people are saying the opposite, that they like it, this thing that I previously didn’t like.

@cdcliving: You’ve already released “Usame”, what can you tell us about what’s in store for the future?

We’re currently working on another song, written by a friend of mine, a singer from San Pedro de Macoris, I won’t say the name just yet, it might come out until around the end of the year, we’re not sure about the date, and I really like that one.

@cdcliving: Do you have any intentions for doing live shows, or have you done any before? Is there anything planned?

Not yet, I’m waiting to release the second song, so as to be able to have these shows with two songs, not just one, there’s been a lot of offers to do so, but I’m not accepting them yet.