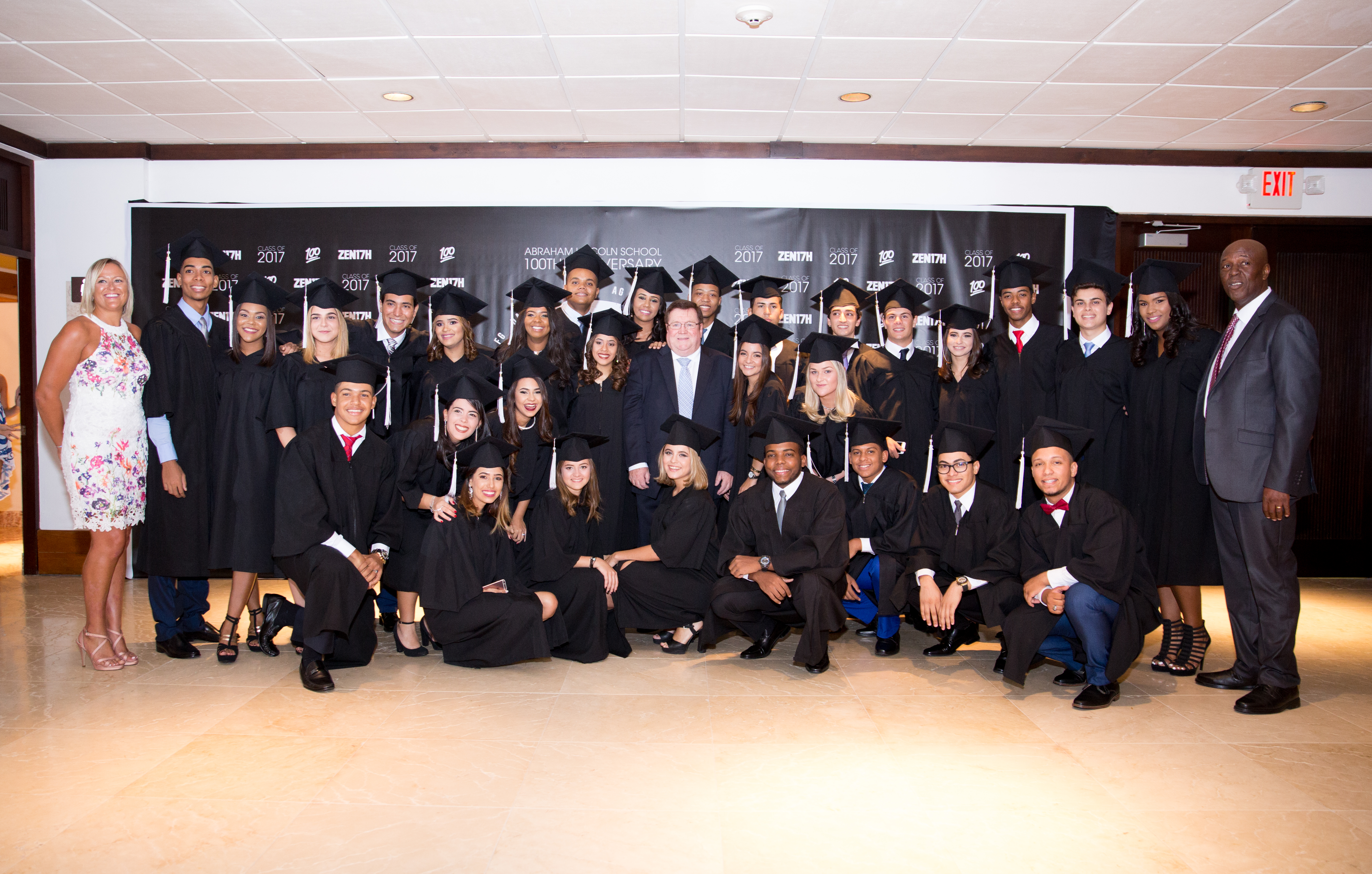 On Friday, June 16th, in the Salon Flamboyan, the Abraham Lincoln School celebrated its 35th high-school graduation ceremony. It was a very special graduation as the school celebrates their 100th anniversary this year. Twenty-nine students closed a chapter in their lives, embarking on a new journey toward a bright and successful future.

Something that caught our attention that was very special to those of us who graduated from ALS was the pictures of all the graduating classes since 1983 decorating the foyer. There were also historic pictures of the graduates from 1945 and 1946. For many, this ceremony marked the end of 14 years in a school that has nurtured them since they were tiny pre-kindergarteners, and seen them grow into young adults ready to take on whatever the world throws at them… This is actually something the ALS is well-known for— preparing its students for the future with an unshakeable mentality to face obstacles and challenges with strength and grace.

Once attendees entered the main hall, they were able to see the stage decorated with fun pictures of the graduates as well as beautiful Calla lilies hanging down from the ceiling. The Headmaster, Mr. Harry Magee gave many details about the history of the school in his commencement speech:

“The graduating class entered the hall tonight to the theme music of the movie “Titanic”. The Titanic was built in my native town of Belfast, N. Ireland. It sank in 1912, the same year that the South Puerto Rico Sugar Company started to build a sugar factory in La Romana, which they would name Central Romana.

They decided to build a small town around the factory with houses, a school, and a medical center. It took them 5 years to complete their project, so the school started to operate in 1917. Fifty years later, the company was taken over by Gulf and Western Industries. The first two British teachers were contracted in the sixties. They were Tony and Bronwen Nelson, from Wales.

The school, today, is the only one in the country which follows a British curriculum and currently has 26 British teachers, 14 Dominican teachers, and 460 students.”

Mr. Magee ended his speech with the following words of advice for his students: “Have confidence and always believe in yourself! A bird sitting on a branch is never afraid of the branch breaking because her trust is not on the branch but on her own wings.”

Father Victor Garcia was in charge of the blessing for the event while the guest speaker for this year’s ceremony was young Spanish businessman, Isaac Benzaquen who gave some inspirational words of advice to the graduating class.

The president of the school board, Dr. Leonardo Matos, presented the graduates with their diplomas to the applause and cheers of many proud and smiling family, friends and teachers. This year, his daughter, Gala, was a member of the graduating class. Four students were honored for their academic achievements: Daniela Diaz Granado with the highest GPA of this year, along with Diego Elmufdi, Carolina Valenzuela, and Luca Rizza. As always the ceremony featured songs by the school choir, and a solo performance by Alejandra Cedano, who played Rizzo in this year’s school production “Grease.”

At the end of the ceremony, the Abraham Lincoln School graduating class of 2017 filed cheerfully out of the conference hall to the song, “Adventure of a Lifetime” by Coldplay, and made their first steps as graduates to embark on the next chapter of their lives.

The following pictures were taken by Bryan de La Cruz during the 35th graduation ceremony of Abraham Lincoln School, on Friday, June 16th, 2017:

And by Alejandro Rodriguez Peralta:

And finally some sent us by the graduating class: