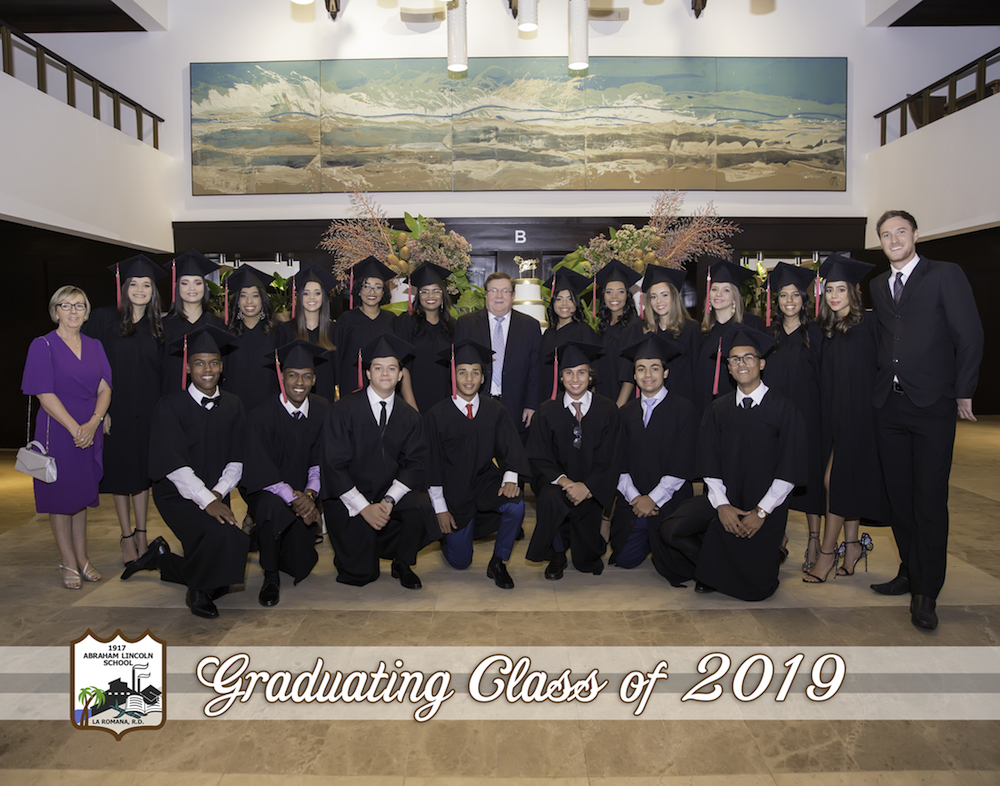 It was a beautiful evening in all respects, starting with the entrance of the 19 graduating students to the music of One Direction’s “Story of My Life”. The invocation was then given by Father Victor García. The guest speaker, the well-known business-man José Mallen, advised the students on how best to cope with the ups and downs of life in this rapidly changing world.

The valedictorian and salutatorian addresses were given by Fabiana Villani and Esther Uribe. School Board member, Guillermo Strofer, presented the 19 students with their graduating diplomas.

The Headmaster, Mr. Harry Magee commented on the academic brilliance of the students. He stated that this was the best class academically in the history of the school, as 7 students were graduating with GPA’s above 3.9.

All of these students received a special recognition for their outstanding academic achievements. They were Patricia Luzón, Alexandra Lluberes, Stefany Muñoz, Maria Cueto, Sanil Duverges and Esther Uribe. The valedictorian student, Fabiana Villani, graduated with a GPA for the 4 years of High School of 3.97, the highest GPA ever achieved by a graduating student in the history of the school.