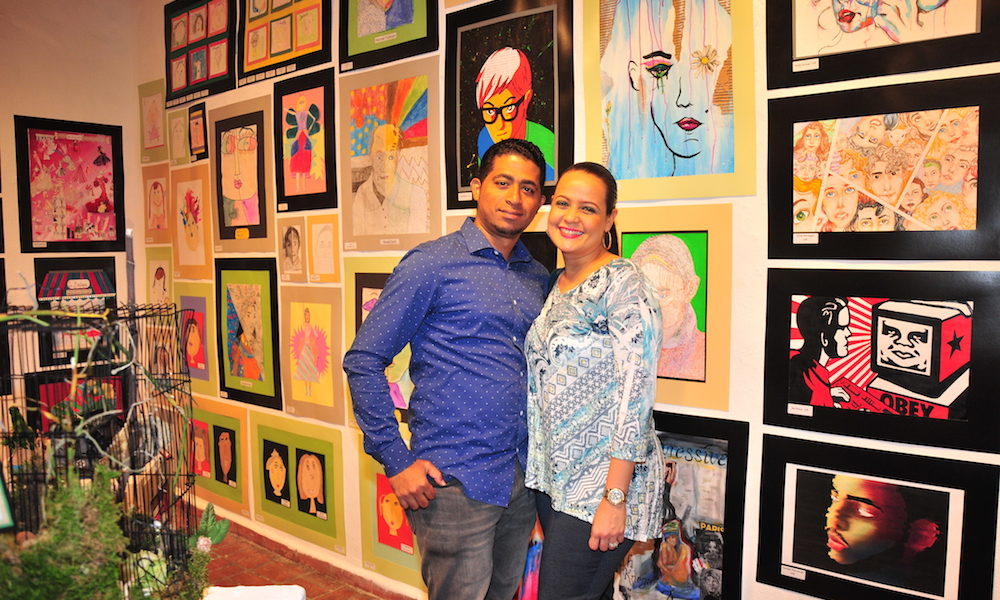 Parents, teachers, students and friends packed into The Gallery Altos de Chavón last Friday night to witness the end of the year art exhibition by the Abraham Lincoln School. With artwork from nearly every student Pre-Kinder through 12th grade, paintings, drawings, collages, and more covered the walls of the gallery from top to bottom in an extraordinary display of color and talent. The school which celebrates its centennial this year had the numeral 100 has its resounding theme. 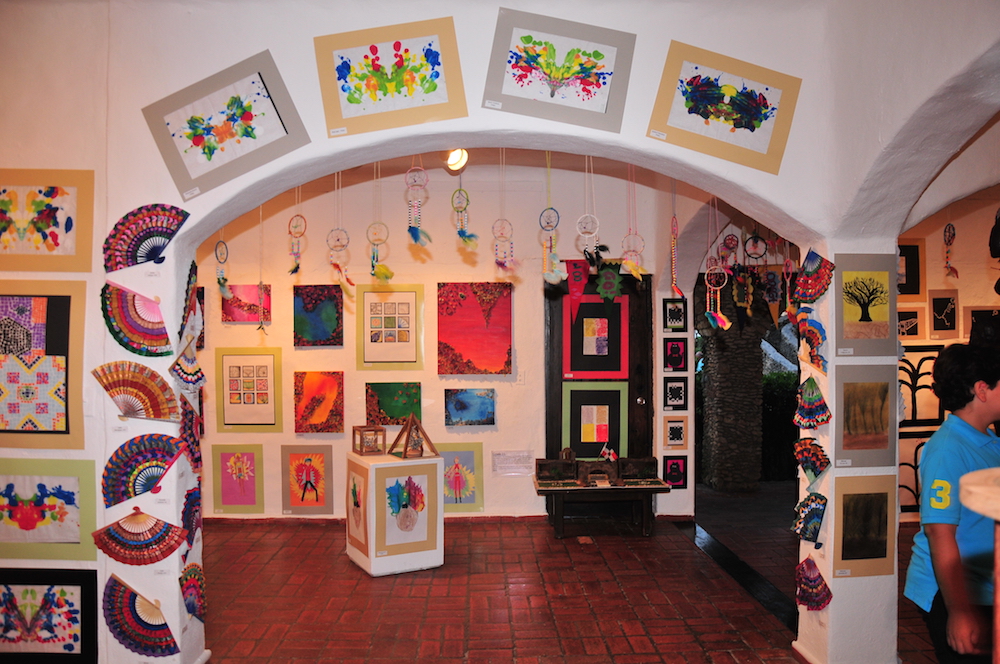 The bottom floor of The Gallery was devoted to the lower school, showcasing butterfly prints and large scale animal paintings by Pre Kinder, along with portraits of fellow students drawn by them and the Kindergarteners. A hard to ignore installment was a seven-foot tall cardboard tree in bright confetti with clay owls designed by Grade 1. Grade 2 demonstrated their knowledge of art history with reproductions of Monet’s watercolors and sketches after an inspirational trip to Mrs. Santana’s garden in Central Romana. Headmaster of the Abraham Lincoln School, Harry Magee expressed his fascination with second graders while viewing an additional collection of hand puppets: “These are a delight to see. Each has their own unique cheeky character, similar to the children who made them!” 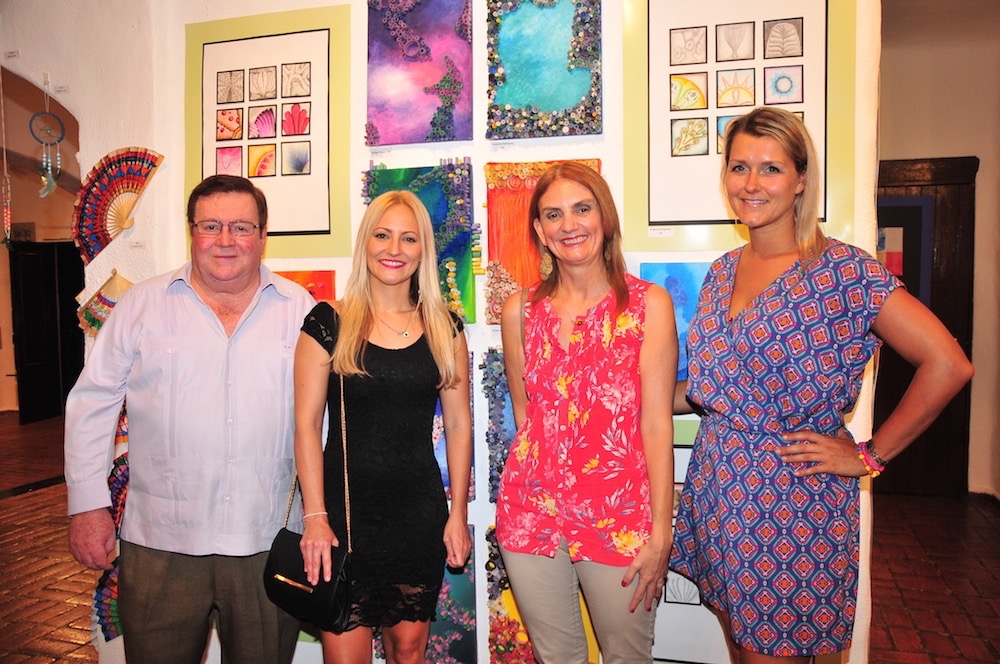 While Grade 3 produced lovely dream catchers, Grade 4’s artistic talent shined with stylish Aztec inspired fans — of which I could totally see myself using on warm summer days in Casa! The varied work of fifth graders included masks, palm tree silhouettes, and volcanoes; while Grade 6 rolled up their sleeves to produce 3D monsters using sculpting, collage, and painting techniques after studying the work of artists James DeRosso and Paride Bertolin. “Bugs and beetles’ were the theme behind Grade 7’s refined illustrations and sculptures. 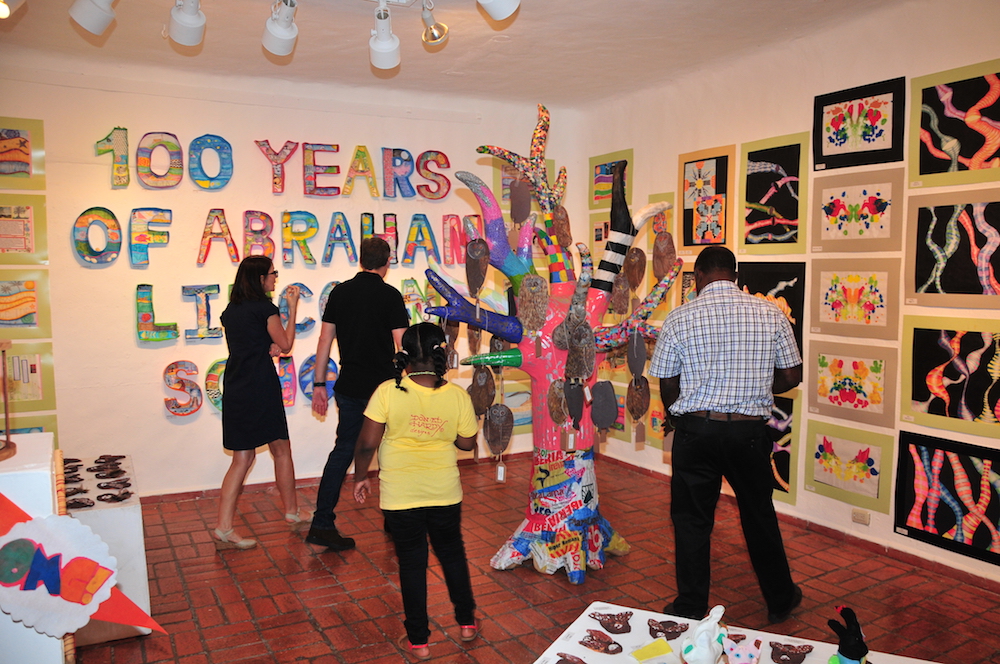 Not far from the coast or the sugar cane fields and factory of Central Romana, eighth graders incorporated imagery of the school’s surroundings into sentimental 3D lettering to proudly spell out the words ‘100 years of Abraham Lincoln School’. An anniversary of such magnitude was warmly celebrated throughout the evening as children could be seen running around Altos de Chavón and parents happily chatting with teachers and friends. The Gallery, crowded as it was, was full of spirit, and outside students could be seen selling school memorabilia in honor of its anniversary. Water-bottles, keychains, coffee mugs, umbrellas and more were available and still are at the school while supplies last.

It’s clear ALS puts a strong emphasis on art in its curriculum as the level of technique and progression could be seen throughout the years. Influential artists such as Paul Cézanne, Pablo Picasso, and Yuliya Vladkovska acted as inspiration for ninth graders who produced detailed still-life drawings, while Grade 10 students studied Claude Monet, Vincent van Gogh, and Georgia O’Keeffe to accomplish difficult botanical illustrations. Stunning large scale mixed-media works as well as life-size dresses made from repurposed materials, such as balloons, will be pieces students remember and cherish for a long time. 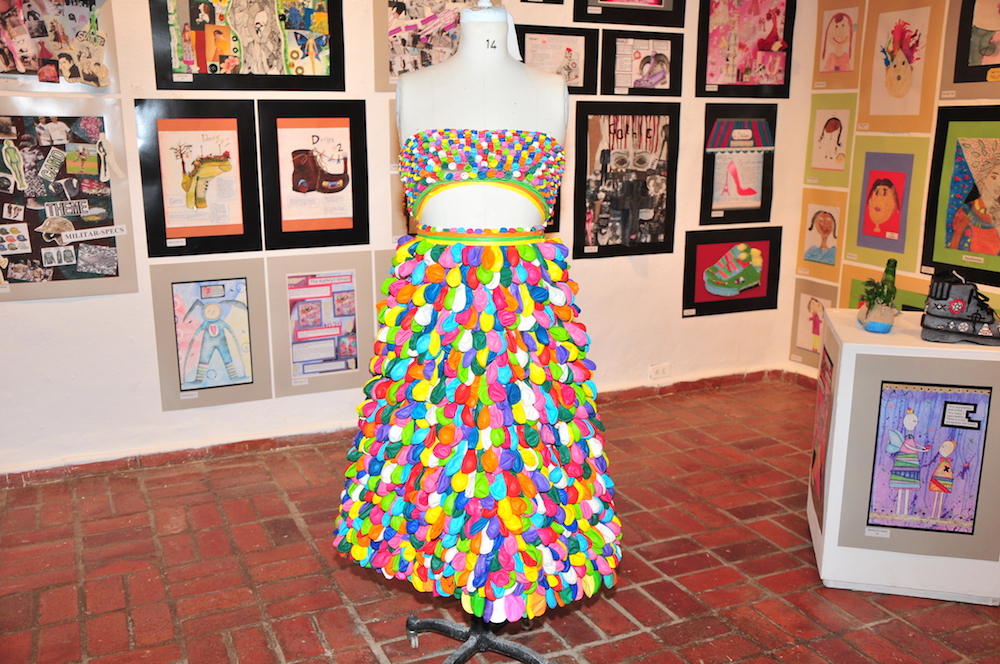 A tribute to the Dominican Republic’s amazing diving and marine life was realized by eleventh graders in the first part of the semester when they developed a large, abstract landscape of coral using the intricate technique of quilling. In the second half of the academic year, they drew self-portraits inspired by Andy Butler, the U.K. artist whose work is based around the concept of fragmentation. Lastly, Grade 12 were given the task of creating whatever they wanted as it was their last art project within the school. All the outcomes were skillful and varied, and worthy of your attention! Don’t miss their themes of cities, architecture, and culture as well in the production of detailed cityscapes and three-dimensional houses made from paper.

The Abraham Lincoln School 2017 Art Exhibition is open at The Gallery in Altos de Chavón through June 12th and we certainly encourage you to go!

The following gallery was taken by Dibenchi De los Santos on Friday, May 26th:

The Abraham Lincoln School, located within Central Romana, in the town of La Romana, is a private school for the children of employees of the Central Romana Corporation, but is also attended by other children who pay yearly tuition fees.