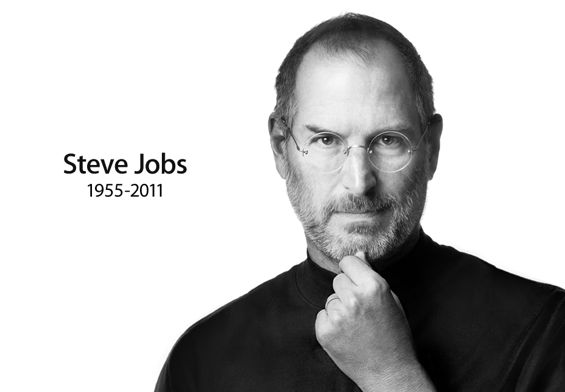 Following the death of Steve Jobs, founder of Apple and technological visionary on October the 5th, Moises Milford our Casa de Campo technology expert and advisor contributed a tribute to Steve Jobs. Here it is:

We thank you for  reading Casa. As a tech writer, I have to pay tribute to the late Mr. Steven Paul “Steve” Jobs.  This extraordinary human being was the one who brought us the Apple computer, the Ipod, the Iphone and more recently the Ipad.

Born on the 24 of February, 1955 in San Francisco, California.  Steve was placed for adoption by his biological parents.  In 1972 he droped college after only one semester.  Four years later he co-founded Apple.

After Apple’s founding, Jobs became a symbol of his company and industry. When Time named the computer as the 1982 “Machine of the Year”, the magazine published a long profile of Jobs as “the most famous maestro of the micro”. Jobs was awarded the National Medal of Technology by President Ronald Reagan in 1984, with Steve Wozniak (among the first people to ever receive the honor), and a Jefferson Award for Public Service in the category “Greatest Public Service by an Individual 35 Years or Under” (also known as the Samuel S. Beard Award) in 1987.  On November 27, 2007, Jobs was named the most powerful person in business by Fortune magazine.  On December 5, 2007, California Governor Arnold Schwarzenegger and First Lady Maria Shriver inducted Jobs into the California Hall of Fame, located at The California Museum for History, Women and the Arts.

In August 2009, Jobs was selected as the most admired entrepreneur among teenagers in a survey by Junior Achievement, having previously been named Entrepreneur of the Decade 20 years earlier in 1989, by Inc. magazine.  On November 5, 2009, Jobs was named the CEO of the decade by Fortune magazine.

In September 2011, Jobs was ranked No.17 on Forbes: The World’s Most Powerful People. In December 2010, the Financial Times named Jobs its person of the year for 2010, ending its essay by stating, “In his autobiography, John Sculley, the former PepsiCo executive who once ran Apple, said this of the ambitions of the man he had pushed out: ‘Apple was supposed to become a wonderful consumer products company. This was a lunatic plan. High-tech could not be designed and sold as a consumer product.’ How wrong can you be”.  At the time of his resignation, and again after his death, he was widely described as a visionary, pioneer and genius, perhaps one of the foremost — in the field of business, innovation, and product design, and a man who had profoundly changed the face of the modern world, revolutionised at least six different industries, and who was an “exemplar for all chief executives”. His death was widely mourned and considered a loss to the world by commentators across the globe.

After his resignation as Apple’s CEO, Jobs was characterized as the Thomas Edison and Henry Ford of his time. In his The Daily Show eulogy, Jon Stewart said that unlike others of Jobs’ ilk, such as Thomas Edison or Henry Ford, Jobs died young. He felt that we had, in a sense, “wrung everything out of” these other men, but his feeling on Jobs was that “we’re not done with you yet.”

Photo Credit: The images used in the article were taken from apple.com

Click on the following, to read previous articles by Moises:

Computer Advice by Moises: The Ipad – to buy or not to buy?

Computer Advice by Moises: The Hype about Skype

Computer Advice by Moises: Getting started with Skype!

Computer Advice by Moises: HELP! I have no internet!