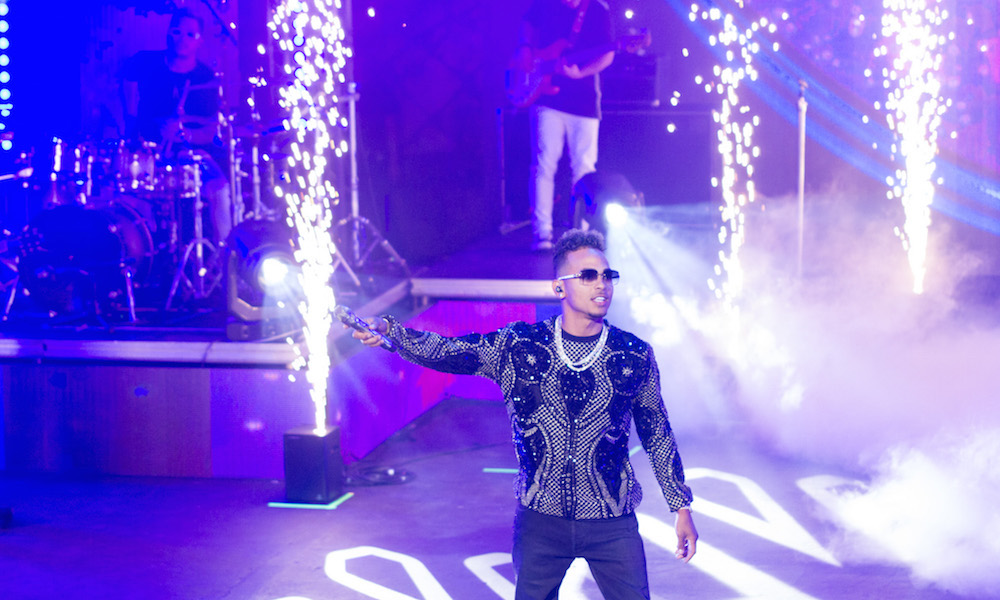 The traditional concert of the Samana Santa holiday presented Ozuna, the most popular artist of the moment, in a concert that kept the audience on their feet singing and dancing from beginning to end.

The night began at the rhythm of Lo Blanquito, followed by Raymond Pozo and Miguel Céspedes, the kings of humor, who with the grace that characterizes them presented Ozuna, in a show without waste from beginning to end; accompanied by lights, fire and the ovation of his followers.

The Altos de Chavón amphitheater was the protagonist so that “El negrito de ojos claros” fulfilled his desire to sing on this iconic stage. “Good evening, Dominican Republic. This is a very special night, my first concert in Altos de Chavón. A very magical night with my people that has given me a lot of love since day one,” said the artist, who throughout the night remained with a smile on his face and contagious energy. Interpretations such as “Baila, baila, baila”, “Taki taki”, “La modelo”, “Ibiza”, “Vaina loca” and “Única”; were some of the songs that every person in the audience sang and which are part of his Ozuna 2019 Aura Tour.

Jason Kycek, Senior Vice President of Sales and Marketing at Casa de Campo Resort, expressed his great satisfaction: “we offer a quality service as part of the experience our guests and residents have and the shows are no exception to this package. Year after year, here in Altos de Chavón the main celebrities of Latin and Anglo-Saxon music are presented for the enjoyment of the whole family. Ozuna offered a night that the public could enjoy a great time, as we expected it to be, an experience to remember. “

The charismatic Puerto Rican singer concluded in 2018 as the most watched Latin artist on YouTube and throughout that journey, his albums Odisea and Aura spent altogether 46 weeks at the top of the Billboard charts.

Casa de Campo and businessman Gamal Haché, under the sponsorship of Ron Brugal, only in the last two years have brought in superstars that are always at the top of the charts to Altos de Chavón, such as Bad Bunny, Daddy Yankee, Jennifer Lopez, J Balvin, Maluma, Wisin and Yandel, Carlos Vives, Enrique Iglesias, Gente de Zona, David Guetta and Luis Fonsi.

The following collection of photos was taken during the Ozuna concert on Saturday, April 20 at the Altos de Chavón amphitheater: