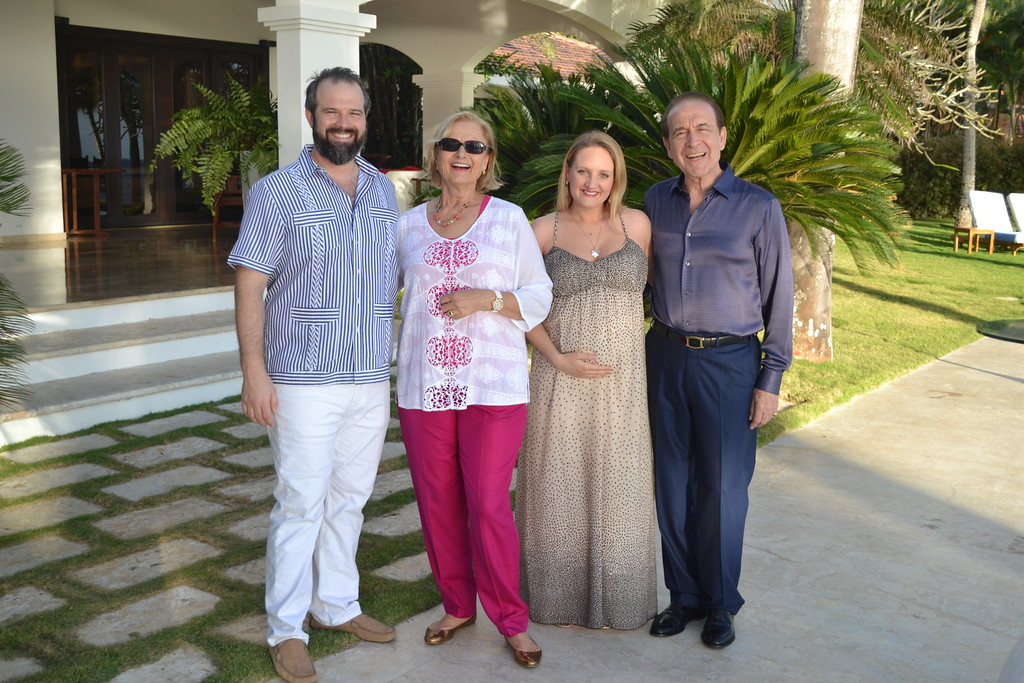 I used to pride my self on being independent, an individual, one of a kind. Today however my life is a cliche. From bachelorette to wife to expectant baby momma in less than 2 months, even now some 5 months later I’m feeling a little shell-shocked, even if I couldn’t be happier.

Our paths crossed for the first time at a Casa de Campo villa in Las Palmas back in November 2008, and following a 5 year courtship Philip Silvestri and I finally got engaged at Disneyworld in November 2013, an occasion celebrated with an engagement party hosted by Phyllis Berney in March 2014. We then finally decided to actually get married in March 2015 (ish), enjoyed a riotous bachelorette party hosted by Carla Campos in May 2015 and finally said “I Do” in June 2015 in Fort Worth, Texas. You see how the timeline sped up somewhat in 2015? Well it didn’t stop there, because by the end of July 2015 I was pregnant – hence the cliche!

And so now back in Casa de Campo for the high season, my mother in law, Roswitha Silvestri hosted a charming baby shower in the theme of a British Tea Party.

With beautiful flowers arranged in teapots and teacups, surrounded by mini sandwiches and little sweet bites, Roswitha’s vision of a tea party came to life. And I loved it!

A small group of ladies, joined by a very proud grandfather (Claudio Silvestri) and baby daddy (my husband Philip Silvestri), we enjoyed a beautiful evening celebrating the upcoming arrival of our little baby boy. We even played a few games! The first game, “guess the size of the bump” had everyone measure out a length of ribbon to guess my current roundness! Everyone, even my husband, overestimated, except for Louisella who incredibly was spot on! Another game was a word scramble with baby words which proved far more challenging than expected. In fact the only gals who managed to unscramble anything beyond “pacifier” was Lauren Llenas and Idarmis Velazquez who did the whole thing (with a little help from Google), but who also unscrambled “muforal” to a rather suspect “oralfum”, before later realising the correct answer was “formula”!

A big thank you to Roswitha and Claudio Silvestri for hosting such a lovely party and a big thank you to all those who came out to celebrate with me, bringing gifts or sending something via our registry, we (all 3 of us) really appreciate it! And because a few of you have asked, if you would like to gift something to baby boy Silvestri please click here for our baby registry.

The following collection of photos were taken by Alejandro and Mariana Heredia: