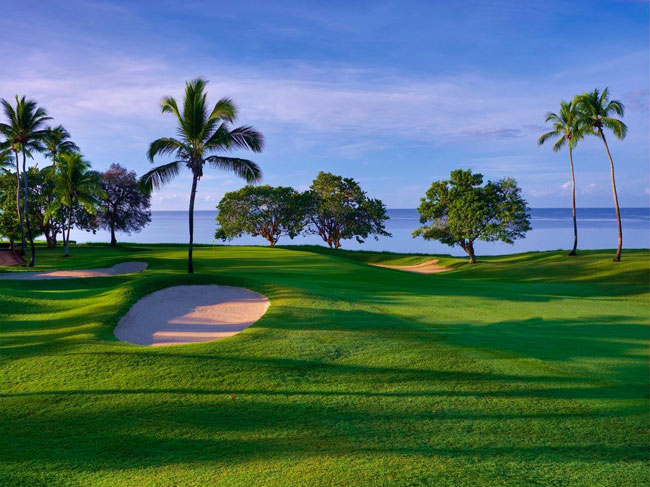 The event will be held for the second consecutive year at the #1 golf course of Latin America, the legendary Teeth of the Dog in Casa de Campo. It will be dedicated to the Dominican Olympic Committee program: “Creando Sueños Olímpicos” (Creating Olympic Dreams) (CRESO). The tournament will involve over 140 Latin American professional players.

The tournament has a total prize money of US$175,000, which will be distributed to the winners, and it is sponsored by the Dominican Ministry of Tourism, Banco Popular, Casa de Campo, and several private sponsors.

The tournament was announced last night, Wednesday the 22nd of April, at a press conference held in the halls of the Dominican Olympic Committee, in Santo Domingo and was attended by various executives of the Casa de Campo resort, as well as the tournament organizers.

“The organizational process is on track to meet the expectations of our visitors, and thus further enhance our players who promote our golf courses abroad”. Said Mr. Rafael Villalona Calero, President of FEDOGOLF.

He was joined by Mr. Jack Warfield, President of PGATOUR Latin America, stating he wants to see a Dominican player in the PGA TOUR using this circuit as a platform “We are very pleased with the confidence that the Dominican Ministry of Tourism has deposited in FEDOGOLF and on the PGA TOUR as a means of promotion”.

Meanwhile President of the Casa de Campo Resort, Mr. Rafael Torres, explained that “Golf tourism is an important component of the Dominican tourism product that attracts visitors with a high purchasing power and thus its boost would be a great step forward in the diversification process of the national tourism, and this is why we [Casa de Campo] have joined our efforts with FEDOGOLF, governing body of golf development in the country”.

The Casa de Campo Dominican Republic Open 2015 is set to be played on from Monday, June 1st through to Saturday June 7th on the Teeth of the Dog golf course here in Casa de Campo. We’re expecting for it to be a total success as the last year.

The following pictures were taken during the press conference held last night in Santo Domingo:

Click here to read the full story about last year’s event – also played on the Teeth of the Dog.