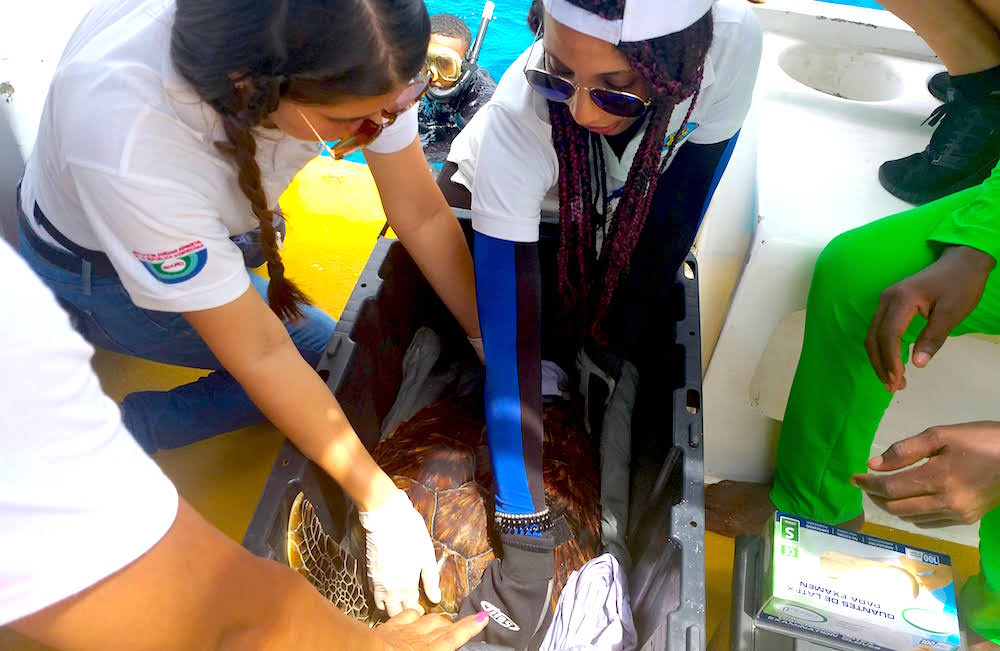 With the objective of promoting the conservation of Sea Turtles and within the framework of the “Wave of Change” campaign being carried out by the Iberostar chain and in commemoration of the International Day of Biological Biodiversity, the 4th edition of Turtle Release Act, under the theme “Releasing life”.

The species released were: a Hawksbill Turtle (Chelonia Mydas) and a Green Turtle (Eretmochelys Imbricata), which were rescued in poor condition around the area, and taken to the National Aquarium for recovery.

The activity was done in the presence of the main executives of the Hotel Iberostar Hacienda Dominicus, Mrs. Ana García-Sotoca, executive director of the AHRB, guests visiting the hotel, mainly children, members of the local and national press, representatives of the Ministry of the Environment, and authorities of the area.

Mr. David López, director of Hotel Iberostar Hacienda Dominicus, and Ms. Belkis Santana, in charge of Environment, thanked everyone present for their support, and highlighted the importance of the Wave of Change program being carried out by the chain Iberostar in all its hotel facilities, whose main objectives are: the reduction of the use of plastic (mainly one-time use), the promotion of Sustainable Fishing and the Improvement of Coastal Health. Mrs. Santana also stated that this activity is one of their most meaningful since it represents the return to life and its natural habitat of these species.

The event is sponsored by the National Aquarium, the Dominican Institute of Environmental Law IDARD, the Ministry of the Environment The National Coordination of the Blue Flag Program, the Association of Hotels La Romana Bayahibe, and of course the people in charge of the environmental program of the Iberostar chain.