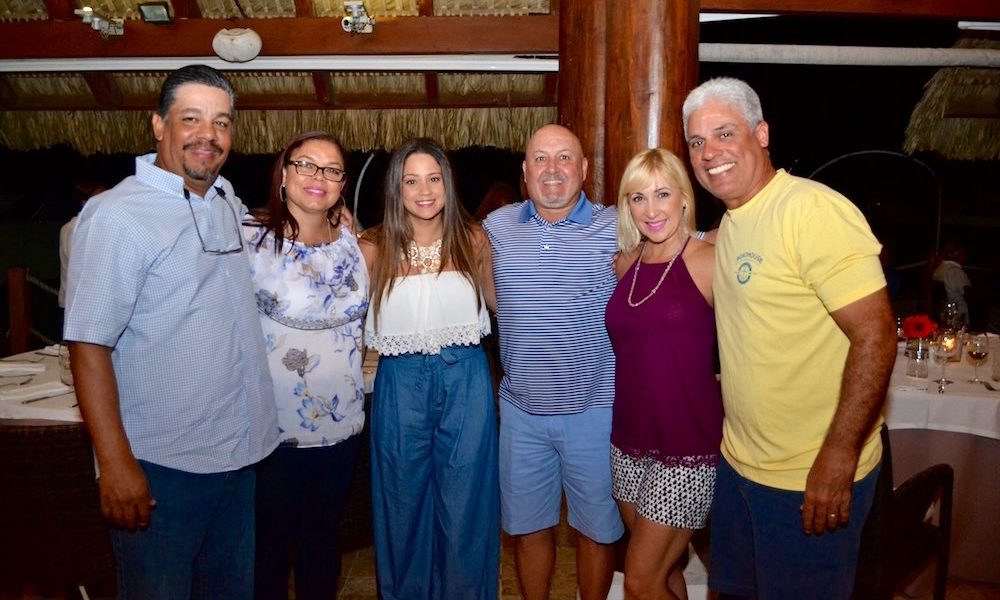 Golfers had a jovial time dining at La Casita restaurant the night before last to mark the opening of the 36th Casa de Campo Open. Enthusiastic for the tournament rounds that began the following morning, golfers chatted with friends and introduced themselves to the competition.

Sitting along the edge of the Marina, La Casita was a lovely spot for a Welcome Dinner with many commenting on its idyllic location and how nothing beats the views in Casa de Campo! A delicious buffet, cocktails, and music by Café Caribe was just the thing to celebrate the beginning of the resort’s oldest golf event. Returning players we’re already ready to rise early for play on the Teeth of the Dog, The Links, and the Dye Fore. We hope the rain does not interfere too badly today for Round 2— currently the golfers are taking a break hoping for the skies to clear! Tomorrow will see the 3rd and final round of the Casa de Campo Open with an Awards Banquet in the evening at the Flamboyan Conference Center.

Around 90 players made it out this year to play in the event and Robert Birtel, Casa de Campo’s Golf Director, notes: “The tournament was challenged by Hurricane Irma and our thoughts are with everyone who’s dealing with its aftermath. We very much look forward to seeing all of our friends return and play soon in the Casa de Campo Open.”