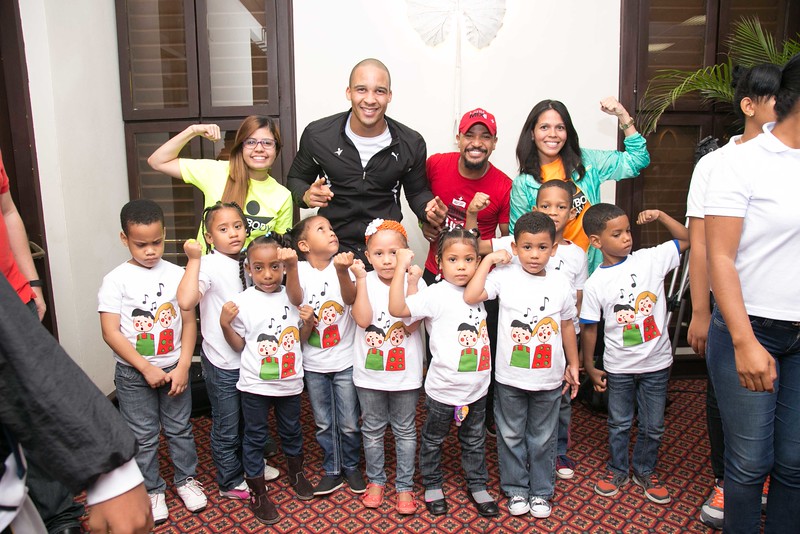 Last Sunday, November 29th, the 2nd annual Casa de Campo Corre for Hogar del Niño was attended by over 600 participants who flooded the streets of Casa de Campo to run for the kids and have fun with friends and family!

Our previous marathon post gave you an insider’s look at our top social media picks from the event, and now we bring you our own coverage photos and recap the highlights.

Bright and early, as the sun was peaking out at 5:45 am, the starting point of the marathon (the entrance of the Casa de Campo Hotel) filled up with enthusiastic and experienced runners who were about to set out on the 42K and 21K routes.

We saw members of our community and runners from all over the country who came to Casa de Campo for this great test of endurance and to show their support for the children of Hogar del Niño. We enjoyed the upbeat aerobic exercise warm-up by Club Body Shop, and despite a bit of rain no one hesitated to start once the gun sounded off and marked the start of the race!

The runners for the 5K and 10K races left the starting point a while later.  We were so happy to see many Casa de Campo families running together in these shorter races. Teams of friends and family members showed off their personalized t-shirts for the race and even the little ones were happy to join in on the fun in their strollers. Everyone enjoyed a beautiful day of fun and exercise.

At the finish line participants were greeted by cheering loved ones and supporters. They grabbed bottles of water and congratulated runners for a job well done. Later everyone enjoyed the awards ceremony carried out by Renata Soñé, comedian Carlos Sánchez, Xioma Menendez & Sandra Alvarado from the Hogar del Niño, a live band performance, and the exhibit of the new 2016 Porsche Cayenne by Porsche. It was a super cool end to an awesome day!

We extend a heart felt CONGRATULATIONS once again to all the runners for their determination and dedication, and everyone for their support and donations to a cause that is so dear to us all.

Exceeding all of the expectations we had from the 1st marathon which took place last November, this 2nd Casa de Campo Corre edition for the Hogar del Niño was a huge success! And if a picture is worth a thousand words… how much is a gallery filled with action shots of our enthusiastic runners and supporters?! Take a look at our selection of the best pictures from the 2nd annual Casa de Campo Corre for the Hogar del Niño marathon last Sunday, November 29th taken by Bryan de la Cruz and Mariana Heredia: