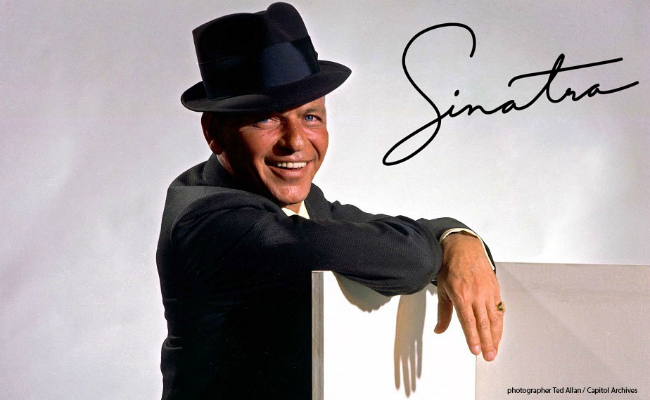 When listening to “I’ve Got The World on a String” one can’t help but be taken back to the “Concert for the Americas” when Frank Sinatra opened with this song during the inauguration of the Altos de Chavón amphitheater back in 1982.

It’s been a long a long 33 years since then, and the legendary Frank Sinatra passed away 17 years ago in 1998. He would have turned 100 last Saturday, December 12th, so as to remember the “greatest singer of the 20th century”, we wanted to go back and reminisce about the very first concert in Altos de Chavón.

Charles Bludhorn, who then owned this beautiful mediterranean style village, had the amazing performance recorded by Paramount Pictures so it could be broadcasted worldwide. In addition to Frank Sinatra, the Concert for the Americas featured performances by Buddy Rich, who, were he not already, was immortalized that evening by playing a drum solo still considered impossible to this day. The concert also featured Heart and Santana.

The “Concert for the Americas” took place on Saturday, August 20th, in the 5,000-seat open-air amphitheater where attendees purchased their tickets for only RD$50 (that’s just $2 dollars a ticket)!

Frank Sinatra, together with Buddy Rich, performed a set of no less than 19 songs together, as during the time they played together back in 1940 in the Tommy Dorsey Band. Their set included Sinatra classics such as “Strangers in The Night” and “I’ve Got You Under My Skin”, and ended with the “Theme From New York, New York.”

So, more than a concert for the Americas, this performance was one for the ages! Happy 100th Birthday Frank Sinatra!