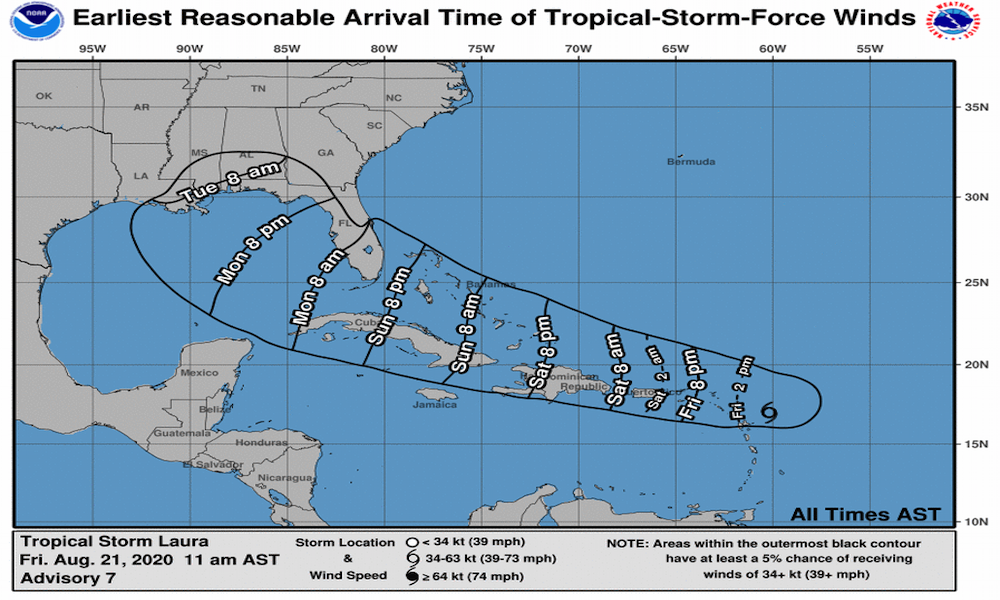 The National Hurricane Center is issuing advisories on newly formed Tropical Depression number thirteen, which they have named “Laura”.

Tropical Storm Laura is expected to bring heavy rainfall to the northern Leeward Islands, the Virgin Islands, Puerto Rico, and portions of Hispaniola during the next couple of days. This rainfall could cause flash and urban flooding. The government of the Dominican Republic has issued a tropical storm watch for the northern coast of the Dominican Republic from Cabo Cabron to the border with Haiti.

ONAMET, the Dominican Republics official meteorology office, monitors the evolution and development of tropical storm Laura, which is llocated approximately at latitude 17.0 north and longitude 58.8 west, about 375 the Lesser Antilles. Laura has maximum winds of 45mph and moves westward to 18mph. Onament also reports that the minimum central pressure is about 1008 mb. 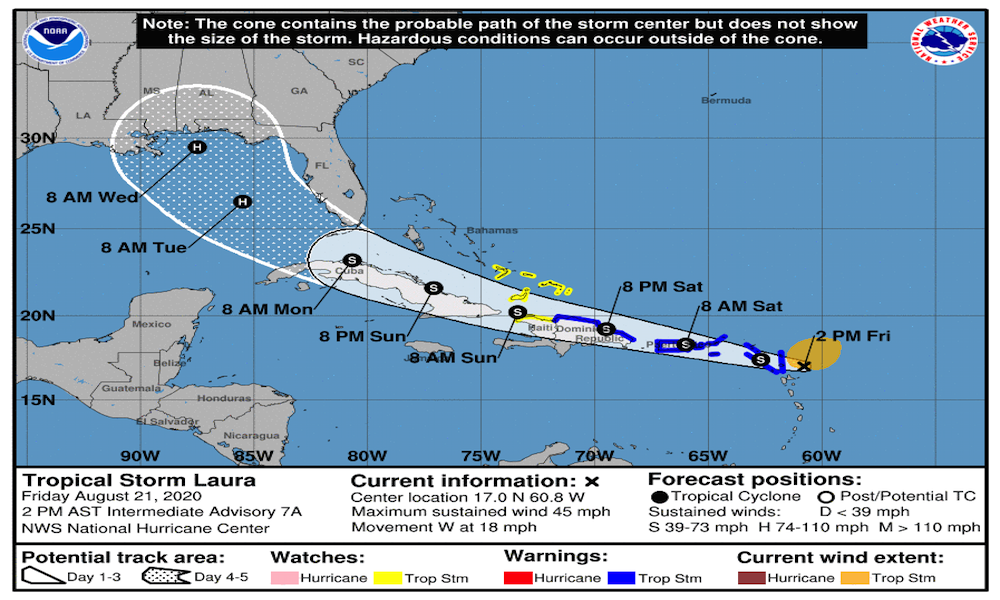 The official forecast calls for some slow strengthening during the next couple of days, but the intensity forecast is quite uncertain and depends on how much interaction with land will occur. Of course with this being the Tropical Storm location, at this stage literally anything could happen, “its forecast intensity and track are highly uncertain.” explains weather.com when talking about the potential of Laura… Tropical storm conditions are expected within the warning area within 12 to 24 hours.

What does this mean?

It’s important not to panic. Looks like the Dominican Republic can expect some rain from the storm’s passing, and maybe nothing at all. HOWEVER, as we have mentioned before, tropical storms are essentially unpredictable. While there can be no doubt that rain is on its way, what will actually happen we will have to wait and see…