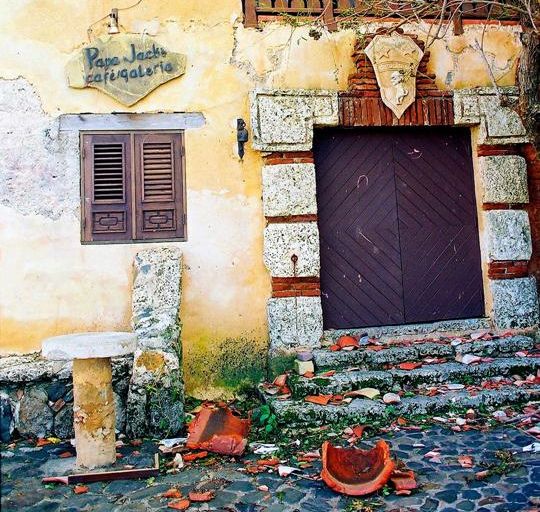 In this week’s ‘Memories of Casa de Campo’ Carol continues the tale of Hurricane Georges – this time the story of first few days after the hurricane.

After Hurricane Georges hit Casa de Campo (September 22, 1998) everyone’s attention was focused on surveying the damage and getting the electricity and water working again.

There was no telephone or cell phone service. I wanted to call my children who were at school in Miami, California and New York, but couldn’t get through to any of them.

After a few days of no telephone service, I climbed to the top of the tallest shooting tower and was able to get a connection. There were also many other people climbing the shooting towers to make phone calls to their friends and families.

Casa de Campo had to figure out what to do with all the broken trees and roofs. There was enough rubble to fill dozens of dump trucks all day long every day.

The airport was not functional for a while and the road to Santo Domingo was impassable in places.

Casa de Campo provided food and bottled water for the hotel guests, villa owners and residents who had stayed for the hurricane.

The Food & Beverage department opened Cafe El Patio the morning after the hurricane for an all-day, every-day breakfast, lunch, and dinner buffet. Villa owners and other residents were invited to come in and serve themselves.

By opening El Patio, Casa de Campo also provided a restorative and inclusive sense of community for all of us who lived here. Everyone gathered at the Patio for a welcome meal, and to discuss the hurricane and other issues.

The kitchens of Casa de Campo became a popular spot in the days after the hurricane because this location was the only place where one could obtain ice.

Since all electricity was out for at least a week, there was no ice anywhere. The day before the hurricane the kitchen director had made and stored thousands of pounds of ice cubes in a freezer.

After the hurricane many people needed ice for their family’s food and medicines, and the main kitchen of Casa was the place go for a bag of ice.

I wandered around Casa de Campo and into La Romana and Central Romana taking photos. But my heart belonged in Altos de Chavon ever since I had lived there for six years.

I drove up to Altos to see how it was doing.

The road to Altos from Casa de Campo

Many of the stone buildings of Altos seemed to be OK. Lots of trees were down, and the trees which were still standing had lost their leaves.

Behind the Piazzetta restaurant – a tree fell, but the castle-like solidity of the building is reassuring.

The roof tiles looked as though they had been scrubbed by a harsh hand until they were all broken.

Large ceramic pots had blown down from balconies, and some of the stone obelisks in the plaza were damaged.

The thatched roof of the School of Design’s office was still in place, but the cactus plants growing on it had been blown away.

In front of Casa del Rio the way was blocked by fallen branches.

On the other side of the Casa del Rio entrance steps, you can see that lounge chairs from the Altos de Chavon swimming pool have been blown through the air and landed on Casa del Rio’s entrance.

Café del Sol and El Sombrero are both standing serenely in the midst of fallen trees.

St. Stanislaus is still offering a refuge in the center of Altos de Chavon after the hurricane. The leaves of the trees next to the bell tower have been removed by the hurricane, but the church and the bells are still in good condition.