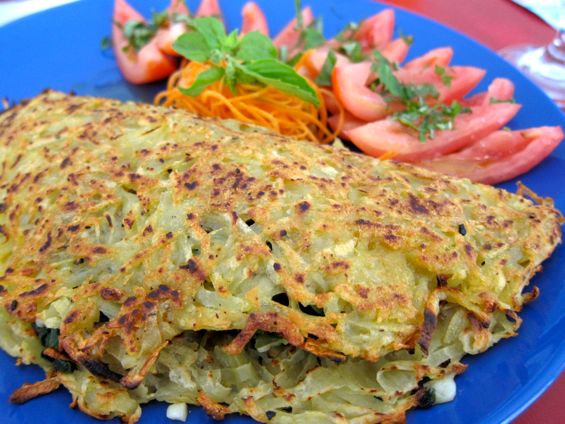 I love vegetarian food! Vegetarian food, no matter what it is, is, as far as I’m concerned healthy – and that makes it guilt-free and therefore wonderful! So it was nice to find out that local holistic food specialist and fellow Brit, Kyra Montague had opened a vegetarian restaurant in La Romana.

Ki-Ra Comida in La Romana actually opened in February, which is rather a long time ago, but due to the fact that it is only open for breakfast and lunch and we normally go out for dinner, we consistently forgot to give it a try – that was until a few weeks ago. So following a Saturday morning work session in our office in Altos de Chavón Casa de Campo, we decided to try out Ki-Ra for lunch and I’ve been wanting to go back and have the ‘Spinach and Potato Omelette’ every since!

Ki-Ra Comida is really easy to find – it’s on the same street as Crema (Calle Restauración), which is also just around the corner from Dom Ham and it’s easy to spot from the outside because it looks so fresh, bright, modern and clean.

To begin with, we were served a courtesy appetizer or picadera; a delicious tomato and onion dip with tortilla chips – which wasn’t spicy enough for Philip (who likes everything spicy), but I loved! To accompany that, I ordered a fresh fruit juice , 100% natural with no added sugar (just the way I like it) and that was amazing, very tasty, I highly recommend it – ask for the ‘jugo de cereza’, which means cherry juice, although it isn’t technically cherries at all but rather, a berry from Brazil. Whatever it is, it’s good – so try it!

Next I ate the ‘Spinach and Potato Omelette’ (tortilla española de papa) which is one of their specialities and I can understand why – it’s nothing fancy, in fact it’s very simple, but it tastes good and contains a plentiful quantity of spinach, which makes is healthy as well as delicious! Despite being called an ‘omelette’ this dish is actually just fried potato (my favorite food) stuffed with spinach and cheese, served with fresh tomatoes and basil; a light, tasty lunch – and one that I am craving to eat again.

As you can see from their menu (below) they have rather a lot of vegetarian specialties on offer: