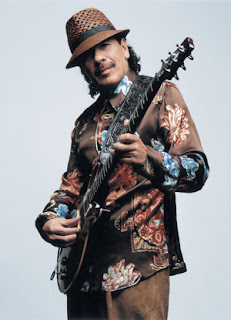 That right, you heard it here first! Carlos Santana, the artist who has been reinventing and reshaping the landscape of the known universe’s musical culture for close to four decades, will be performing in the Altos de Chavon Amphitheater on Saturday March 7th, 2009.

Carlos Santana has been labeled as a visionary artist with no regards for genre boundaries. Santana, who’s fluid sound long ago laid claim to the concept of «world music» before the term ever surfaced on pop culture radar, will be among many greats to play in the unique ambiance of the Altos de Chavon, open air, Amphitheater. Among the greats who have performed in Altos de Chavon are legend such as Sting, Frank Sinatra, Placido Domingo, Charles Aznavour, Mark Anthony and many more.
Get your tickets quickly, as this is expected to be a sold out performance.  As more information about where to purchase tickets, and how much they will cost, becomes available – we will let you know!