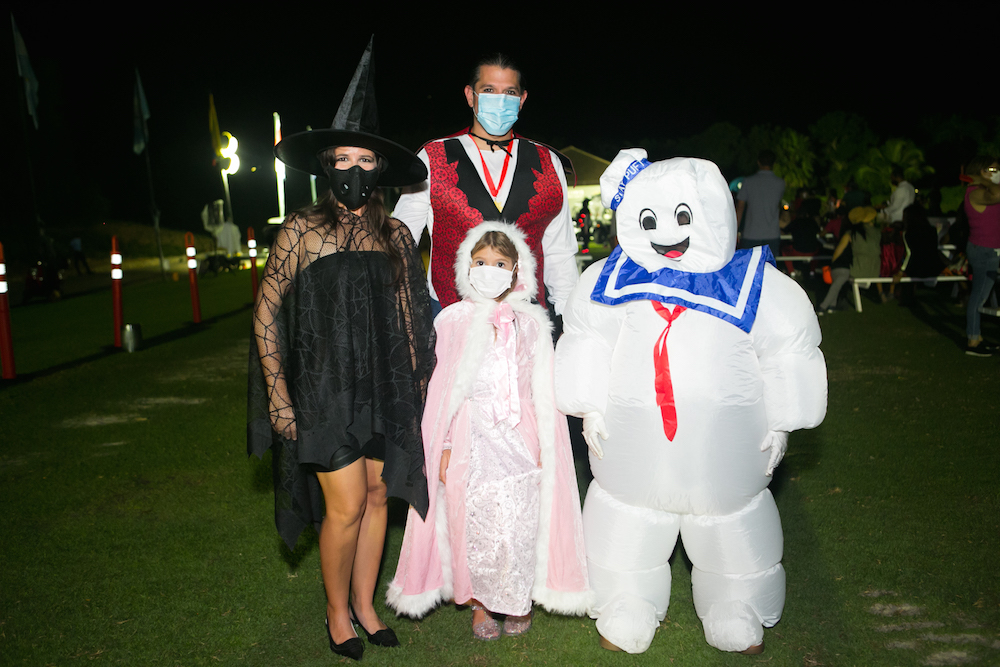 Starting on Friday and with the Equestrian center transformed into a pumpkin patch, kids and adults went out to select their favorite to carve out their very own scary pumpkin! Casa de Campo provided everyone with all the tools they needed to get creative and with the help of Chavonero Argenis Lebron, the Equestrian Center was soon fully decorated with carved or painted pumpkins! During the activities, the kids also participated in a sack race and enjoyed cotton candy, popcorn, and beverages. The activity continued on Saturday where those who were not able to make it on Friday got to take on the task of producing a spooky pumpkin just in time to be lit during Halloween night!

This year the resort also hosted a kids costume contest and golf cart decorating contest! On Saturday night, the community had fun playing Night golf and afterward, the kids paraded around with their wonderful costumes where “Pennywise” was won second place and “Godzilla” was crowned as the winner!

The golf cart decorating contest can only be described as Creativity gone wild! It was great to ride around Casa de Campo on Halloween night and see the community on their own ghostly creations! Once they reached the Driving Range you could see everybody’s happy expressions as they waved at the passing golf carts. The golf carts were then parked where the awards ceremony would take place giving the judges Amelia Pereyra, Patricia Proaño, and Laura De Pegna the opportunity to look at every cart and decide who the winner was.

It was an amazing activity! A total of 36 golf carts participated in the contest with decorations ranging from zombies, Catrinas, Cookie monsters, ghosts, to witches, and even aliens! Some carts were extremely impressive and went all out, with the owners dressed in costume to complement it! We will be posting some of our favorites this week!

This year’s Halloween festivities were a great way to get creative and have fun! We hope to see a repeat next year, and who knows maybe another golf cart decorating parade for another major holiday!

Find below pictures taken by Mairobi Herrera on Friday, October 30th and Saturday, October 31st during Halloween festivities at the Equestrian center:

and by FEEDAD|Grupo Creativo Digital: