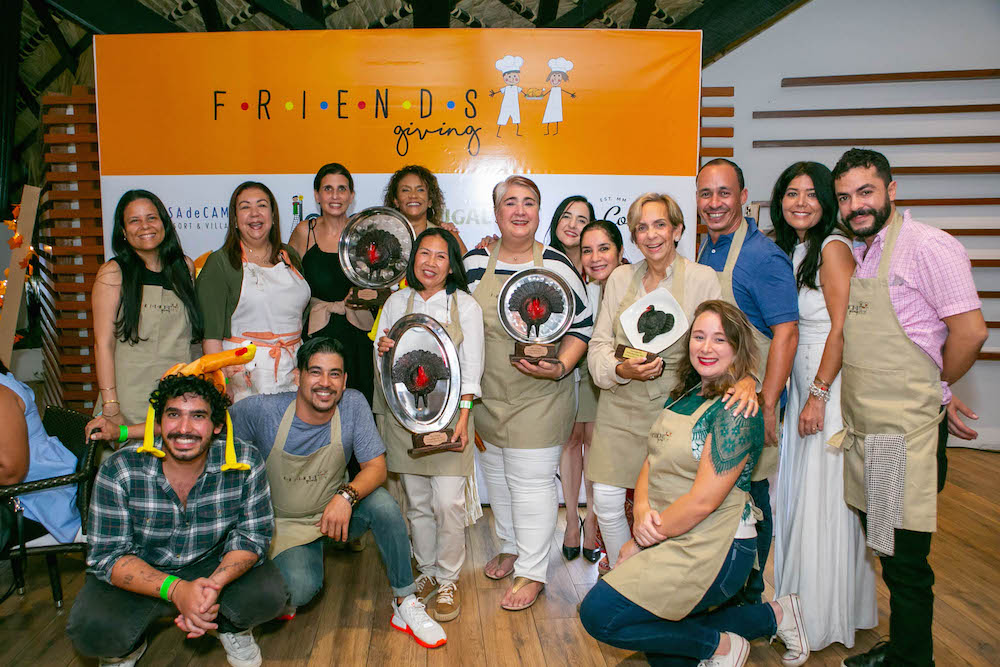 Thanksgiving isn’t complete without some turkey! This is the fourth year that Cigar Country has hosted this wonderful event in which the Casa de Campo community members get a head start on the holidays with a Best Turkey Competition. Everyone thinks they make the best turkey, so naturally, our fun-loving community put them to the test!

On Thursday, November 18th, the community got together to witness the fun competition which brought together a group of residents who put on their chef’s hats and aprons and competed to see just who can roast the best turkey. This year the group of included some returning and new chefs: Ruben Ramos, Liliana Abel & Faisal Hasbun, Patricia Proaño, Josefina Pichardo, Amelia Pereyra, Angelly Varela, Arturo Vasquez, Indhira Ortega, Robert Ray, Malu Garcia and Cristina Canela.

Set in the wonderfully decorated Lago Grill, friends enjoyed a delicious dinner and were eager to hear the results of the competition, judged by a panel of fine critics which included: Rodrigo Menéndez, Culinary Director of Casa de Campo, Gabriella Reginato, and Oscar Batista, General Manager of Tipico Bonao. They were quick to note which turkeys provided the most flavor, the savoriest sauce, and came with the biggest WOW factor. Casa de Campo’s catering services provided some stellar sides which included appetizing dressing, rice, and salad. In the end, Susana Joa was deemed the #1 champion with Teresa Merli and Gricelle Lahoz coming in 2nd Place and 3rd Place.

All competitors were gifted with cool turkey awards, designed by Chavónero Argenis Lebron and 100% of the event’s proceeds benefitted the Hogar del Niño. Congratulations to the organizers for continuing with this cool new tradition, the participants for whipping up a delicious feast, and attendees for supporting their fellow neighbors and the children of La Romana. We’re lucky to be part of such a great community!