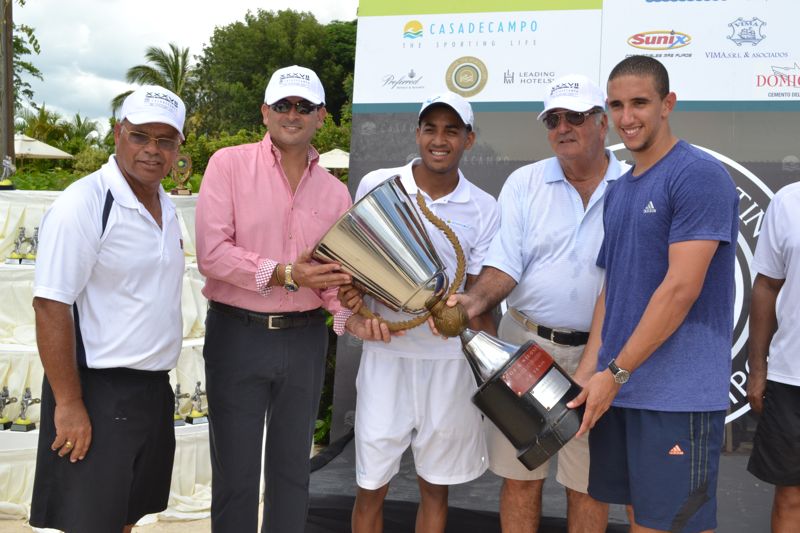 This year the event was made extra special by the triumph of three beloved members of our Casa de Campo community! Congratulations to Pedro Nolasco, Mirtha Marchena and Antonio Esteban!

Pedro Nolasco, a player at the La Terraza Tennis Club, and one of the Dominican Republic’s top tennis players was proclaimed the winner in the Open category.  Nolasco who last year was defeated in the finals by the former champion, Andres Bernal, on this occasion prevailed in the finals to take home the “Gran Copa” trophy. In recent years, Pedro Nolasco has been considered one of Casa de Campo’s top tennis players – having won most of the competitions in which he has participated. This year he was also crowned champion of the 9th annual McDaniel Tennis Tournament.

On the other hand, Mirtha Marchena, a passionate member of the La Terraza Tennis Club was crowned the Singles Female Champion (category C-1), who thrilled with her success took to Facebook to express her excitement and thanks… “This weekend I learnt many things, but above all that success in life is not about what you achieve but rather about the obstacles you overcome. Thank you to my friends and to my family for their unconditional support, as well as to my fellow players!”

But Mirtha’s success didn’t end there – she was also crowned the runner-up of the Mixed Doubles playing with Persio Maldonado.

Finally, and last but certainly not least we have Antonio Esteban! The legendary Casa de Campo villa owner has been playing in the International Casa de Campo Tennis Tournament since it started in 1978 and this year was crowned the doubles category C-2 40 champion! At the prize-giving while Antonio was receiving his trophy he took the opportunity to present the ball boys with new backpacks to start the new school with, what a wonderful gesture!

Emilio Vásquez, Dolly Esteban and Antonio Esteban alongside the boleritos

The 37th Casa de Campo Tennis Tournament also known as the Wimbledon of the Caribbean, was this year played in honor of Ramón and Luchy Méndez, who had the idea to create the event back in 1978.

The following collection of photos were taken during the prize-giving ceremony of the 37th annual Casa de Campo Tennis Tournament at the La Terraza Tennis Club in Casa de Campo: