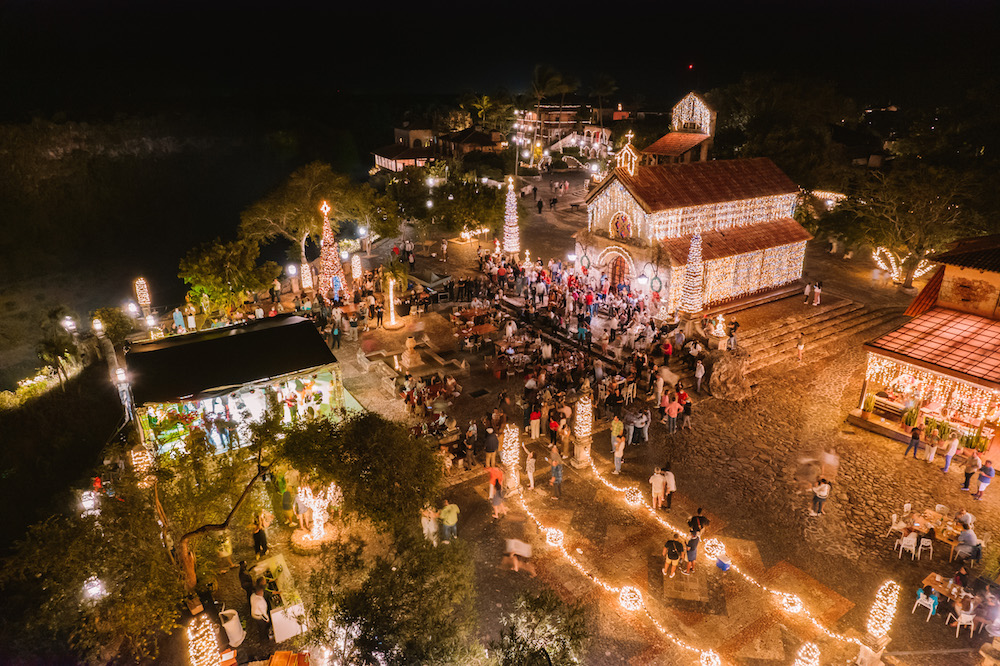 Always one of the most spirited and lively times of the year with numerous back-to-back parties, December in Casa de Campo is filled with holiday events and live music concerts.

Altos de Chavón with its Christmas lights was the perfect place for the Casa de Campo community to celebrate these holiday events! Villa owners, residents, and guests got to spend their afternoons and evenings with the entire family enjoying a time of worship, wonder, fun, music, and dancing at Plaza Chavón.

This is a recap of some of the activities that took place the week of December 27th – January 1st:

Starting at 8:00 p.m. various live groups had the community dancing each song of their repertoire! Excited children danced on stage, chasing patterns of lights, everybody happily sang along to the tunes with several other couples, families, and friends.

CHRISTMAS JAZZ ON THE ROCKS

Altos de Chavón beat to the rhythm of Latin jazz, swing, blues, soul, and Bossanova with Tonka Jazz Trio and Carlos Marcelo & his Latin Jazz Quartet, as many from the community listened to the music and posed for photos.

Last week, one of the most traditional orchestras of the Dominican merengue, with more than 30 years of musical trajectory; Kinito Méndez proved why he is known as “el Hombre merengue” (the merengue man) where he had the community dancing to the beat of merengue.

Pop on the Rocks

The fun-filled schedule of holiday activities in Altos de Chavón continued with “Pop on the Rocks” featuring the popular band, The Misters performing a wide repertoire of blues, pop, R&B, and rock.

Members of the community welcomed the new year Rock in this New Year 2022 at the New Year’s party in Minitas! Multiple DJs and indescribable fireworks show made this night a night many won’t forget.

NEW YEAR PARTY Day WITH JOENIO AND HIS BAND

Altos de Chavón hosted a New Year’s Day party as a great way to keep our spirits high and spread out the celebration of the arrival of this new year. The party featured Joenio and his band playing festive traditional Dominican music, getting us up on our feet again and dancing to their contagious Latin rhythm.

* All above photos were taken by FeedAd at Casa de Campo’s various holiday events and live music concerts, with the exception of the second gallery of Chavón Jazz Night and the New Year’s Eve party.