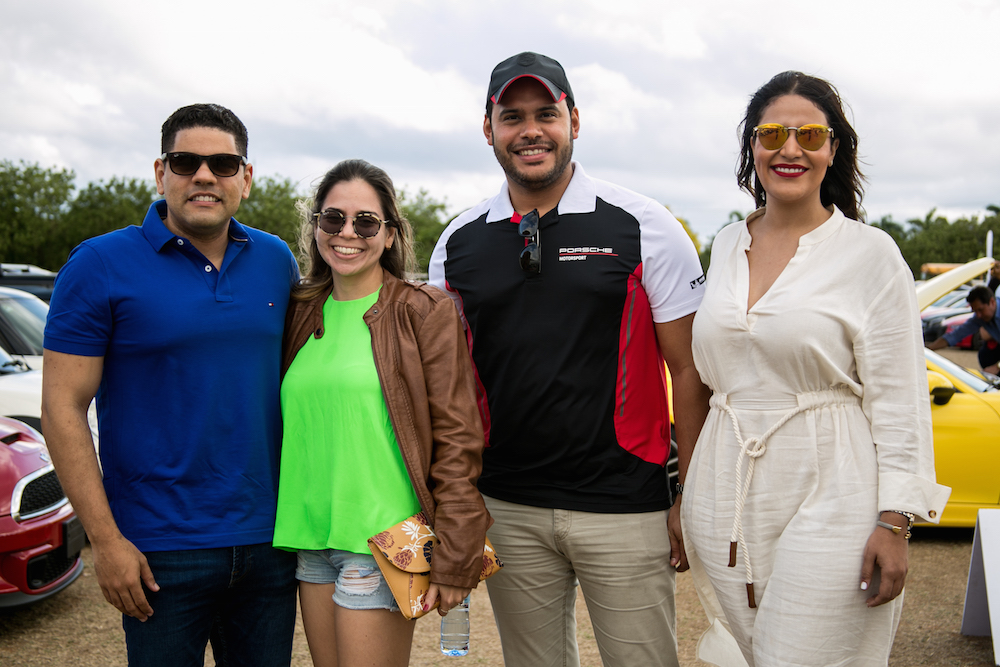 The Casa de Campo Resort Polo Club was the setting for the second year of the Tour of the Sun 2019, which brought together the main Automotive Clubs of the country, among which we can point out Mercedes Benz, Porsche, Mustangs, MINI, Audi, Corvettes, Harley Davidson and BMW Motorrad, who shared with the public their love for cars and motorcycles in frank camaraderie.

Additionally, we enjoyed a live concert by Fred Rubin Live on the Mercedes Benz Live Stage that exhibited the latest models of the brand as the main sponsor of the Polo Challenge.

The game was played between the teams Lechuza, made up of Agustin Willemoes, Alfredo Vargas, Gonzalo del Tour, Tomas Goti and Casa de Campo, formed by Rafael García, Roberto García who replaced Leo Matos in the final, Felipe Martínez and Alejo Aramburu.

The team that won the Gold Cup was Lechuza scoring 11 goals, thus prevailing over the 7 goals scored by Casa de Campo “It was an incredible afternoon of polo on the number two court of Casa de Campo between Lechuza and Casa de Campo. They gave a wonderful and high-level show,” said Fernando Arata, polo director of Casa de Campo.

As is a tradition during the polo afternoons, Casa de Campo Resort becomes an exclusive sports and family atmosphere where attendees are able to take part of the activities planned for them such as the “after polo party”, food trucks, and cocktail lounges where they enjoyed a pairing of Dubar Imperial with Royal Duval Cigars. A fun children’s area with inflatables, popcorn and a Petting Zoo was set up for children to be part of the country life. The national anthem was interpreted by the students of the MIR Foundation and the event was broadcast by ESPN Polo Show with Martina Monteverde.

The following photos were taken by Mairobi Herrera during the Gold Cup final on March 30, 2018: