Every year the Fundacion MIR hosts the Retiro Carismatico, which in English translates to ‘charismatic retreat,’ but would be more accurately translated as a spiritual retreat. The aim of this retreat is to open the hearts of the people, embrace religion and impart and share biblical knowledge.

The retreat is open to everyone; children, teenagers and adults, and is of course completely free!

The program is as follows: 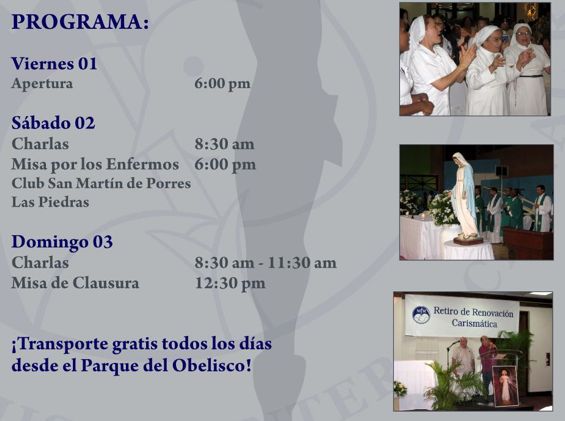 Free transport to and from each activity will depart daily from the Obelisco in La Romana.